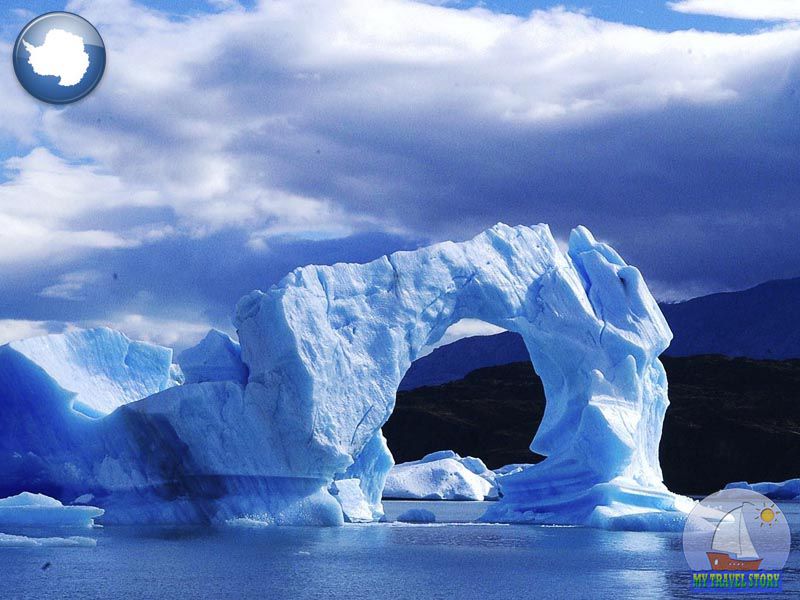 Countries of the world
Author John K Reading 4 min Views 48 Published by May 7, 2016

Travel to Antarctica! Antarctica represents the continent covered with ice located on the South Pole of Earth with an area about 14,1 million sq.km. From Greek “Antarctica” means “the place opposite to the Arctic”. The continent is almost twice more than Australia and is 1,4 times more than Europe.

Antarctica is recognized as a free zone for scientific research. According to the settlement agreement of December 1, 1959 Antarctica can’t belong to any country. In the territory of the continent placement of military strategic facilities, nuclear power units and other nuclear carriers is forbidden.

Annually Antarctica accepts tens of thousands of tourists from all over the world, and every year the tourist stream only increases. Such interest in the ice continent is explained by desire to visit the extraordinary, mysterious and deserted place, to admire majestic icebergs of the huge sizes, to look at wonderful animals of Antarctic, to admire a polar light, to visit mysterious places and stations of polar scientists, and also to enjoy silence and tranquility of eternal ices. It should be noted that in Antarctica transparent clean air, unusual to a human eye, because of it objects seem closer here, than actually. A sunlight here very bright therefore all agencies recommend to tourists to take with themselves good sunglasses and special nozzles (lenses) for cameras.

Most of tourists stay on the continent on cruise vessels. Organizers of such travel in addition offer the clients of service of diving (studying of the underwater world of Antarctic, including supervision over unusual “ice” channichthyidae); “kayaking” (research of glaciers and icebergs from the sea by boats which are called kayaks); mountaineering (ascension on mountain tops of Antarctic, among which Vinson, Erebus, etc.); a camping (service of the camp located on the coast); ski walks and photo rounds. The special attention is paid to the organization of New Year’s rounds to Antarctica within which tourists will be able to meet new year in polar scientific station. The cost of such cruises averages from 10000 USD in 13-18 days of travel.

The southern Shetland Islands and island Deception – are remarkable the volcanic origin and geothermal activity, the lake Desepshen represents part of once existing volcano;

“Dry Valleys” – a condition of this district are brought closer to conditions on Mars, astronauts have training here;

The ice active volcano Erebus is one of the highest volcanoes on Earth (3794 m), he is remarkable the unusual origin, and the structure of the thrown-up lava considerably differs from structure of eruptions of other terrestrial volcanoes;

The South Pole – among tourists rounds to the South Pole of Earth are in demand, average annual temperature makes-49 hail here. Severe weather conditions don’t frighten people who want to reach the most southern point of Earth. The cost of rounds is from 43000 USD;

The massif Vinson – peak Vinson is the highest top in Antarctica, its height makes 4892 m;

The lake Wanda – one of the most salty lakes on the planet, its depth makes 69 meters. In the winter this lake crusts ice, and in the summer here it is possible to bathe.