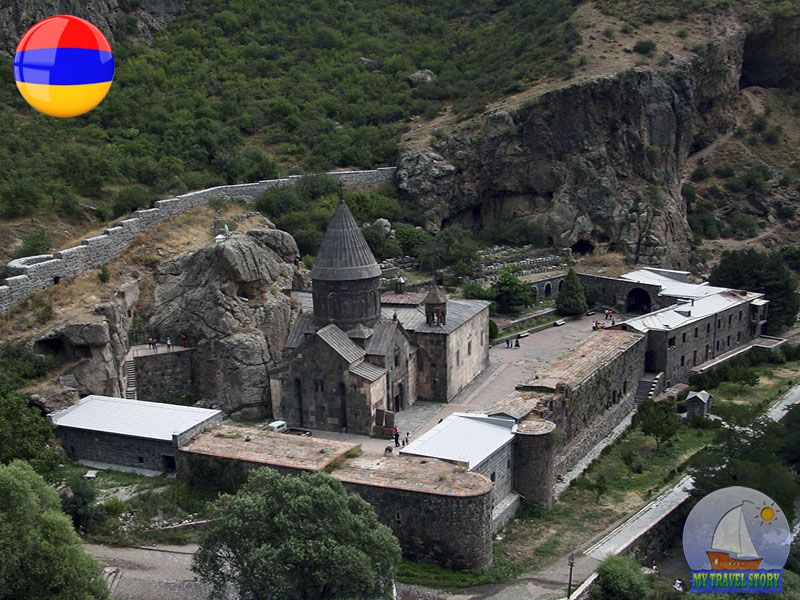 Travel to Armenia! Armenia – one of the oldest countries. More in the 9-6 century BC in its territory was a powerful state of Urartu. Since those times, all epochs and cultures that passed through the lands of Armenia, left their marks on them.

The number of attractions in the country is huge in the territory. Despite the fact that most of the interesting places for tourists in the capital of Armenia – Yerevan, even in a remote village, you can find a valuable historical monument.

Yerevan – one of the oldest cities in the world about him known since the 8th century BC, at the time it was a major center of the South Caucasus countries’ trade. One of the main attractions is the theater of opera and ballet. The construction of that part of the theater, which takes place the opera was completed in 1939, and in 1963 a large Philharmonic hall was commissioned. Around the theater there are numerous restaurants and caf?s, and in front of the building itself installed two sculptures in honor of the composer Alexander Spendiaryan and poet Hovhannes Tumanyan.

Favorite vacation spot of the majority of Yerevan – Victory Park. Its territory is known pedestal “Mother Armenia”, which represents the willingness to fight for their people. Inside the monument is an interesting military museum of the Armenian Defense Ministry.

The original architectural structure of the “Great Cascade” is the hallmark of the capital. Such a complex is not in any post-Soviet country and to determine exactly what it is a monument or a building you can not. Cascade is a multistory architectural structure which is a huge amount of climbing up stairs connects the city center, which lies in a valley and a residential area, is located high in the mountains.

The central part of the city – the area of the famous Armenian architect Tamanyan, which in the period from 1926 to 1991 bore the name of Lenin. All of its elements are designed in the traditional style for this country. On the east and west sides, facing each other is the House of Government of Armenia and the House of the ministries, which even with three buildings are part of the architectural ensemble of the square. On the wall of the House of Ministries hang chimes city, and building columns decorated with a thin, neatly carved with typical of Armenian architecture ornaments. With an area connected to the boulevard decorated in 1968, 2750 small fountains.
In Shirak plateau, 126 kilometers from Yerevan is one of the oldest cities in Armenia – Gyumri.

The city is best known as the Armenian health center, architecture and traditional crafts. Unfortunately, in 1988 a strong earthquake destroyed not only a huge number of attractions, but the whole city. Before the earthquake, Gyumri streets were decorated with original buildings, alleys and parks, and the city is now completely rebuilt, and instead of beautiful buildings here are the lackluster panel five-story building. Gradually, however, are starting to recover local parks. Mainly here it is worth visiting to enjoy the amazingly beautiful scenery around Gyumri, where there are still old churches and monasteries, including the city’s main attractions – the ruins of the once mighty fortress Gyumri.

Historical region of the country, which is inhabited by indigenous Armenians – Karabakh. Although legally it is a part of Azerbaijan, in fact he did – an independent region of Armenia. On the territory of Karabakh, there are about 1700 monuments of historical significance, which include 600 monasteries and 500 churches. Being in Nagorno-Karabakh, it is certainly worth a visit princely residence in the territory, which is located several beautiful churches and the monastery Getamejwhich deservedly is considered a major achievement of medieval Armenian architecture. Interesting and ancient fortress Jraberd, which in its history has never been taken by the enemy, and many of the secrets of its defense system is still not solved.

Travel to Armenia
Travel to Armenia! Armenia - one of the oldest countries. More in the 9-6 century BC in its territory was a powerful state of Urartu. Since those times, all epochs and cultures that passed through the lands of Armenia, left their marks on them.
Countries of the world
Written by: John K