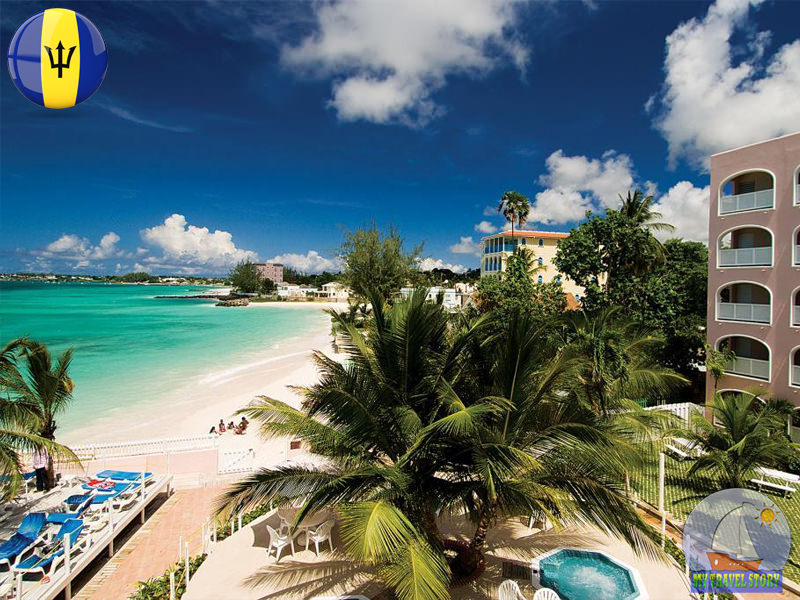 Travel to Barbados! Barbados – the small island in the east of Caribbean Sea. The island belongs to the archipelago of Lesser Antilles, to his east part. Surrounded by reefs, he himself is composed mostly of coral deposits. Wonderful beaches, lush tropical nature, equal mild climate do it fantastic country. Barbados – former British colony, where still carefully kept British tradition.

Bridgetown – it is not only the capital of Barbados, it’s also main seaport of the country and her economic center. The city, as well as the island lives mainly due to tourism. It is the only city on the island, and more than a half of the population of this piece of land lives in him.Here drop the anchors numerous cruise ships. Among tourists, Bridgetown is famous for duty-free shops and by numerous historical and cultural sights.

For most, visited the island, Barbados is paradise on earth. Genial sunshine and warm sea, endless beaches and green fields, the abundance of historical monuments, cultural and sporting events make this island priceless pearl in the crown of the Caribbean islands. In Barbados, a lot of sandy beaches and everyone has his own special character. Beaches of the western coast are covered with golden sand, and southern – covered with white.

Renowned worldwide as the Little England, the island absorbed in itself traditions of the British Empire: from famous afternoon tea given in many hotels, to love of islanders to golf, polo and cricket. Today Barbados – one of the most developed Caribbean islands with high living standards and ramified infrastructure. Barbados is proud of its traditions of wedding ceremonies. Secluded coves and magnificent beaches from pink sand, special rooms for just married in most hotels, a huge amount of entertainments make this place ideal for a honeymoon. Already 300 years in Barbados produces a famous rum. On the island a large number of nature reserves, where in the conditions of the wild nature preserve unique species of tropical plants and animals. Every year in Barbados is held the largest jazz festival, gathering well-known jazz musicians from around the world.

On the west coast of the island under water there are several hundreds of available sunken ships. Fans of active recreation, diving will be just delighted with these underwater inspections.

Rest in Barbados is so varied that no one there will not be bored. On the island very common water sports: water skiing, diving, snorkeling, sailing. Wind from Atlantic has made east coast by the real Mecca of surfers. It is just paradise for fans of high waves and fascinating types. And the southern coast – “Silver sand” is suitable for occupations by windsurfing.

Rest in Barbados can also include walking on the sea on a yacht, and acquaintance with the inhabitants of the ocean. The underwater world Barbados you able to appreciate, if you go an excursion on a submarine. And fans of exotics will appreciate the beauty of the nature reserve, zoo and Flower Reserve. It will be interesting to visit the wildlife sanctuaries and Andromeda and the village Tayrop Cot, which locals are trying to preserve tradition and color of life of island life.

Barbados is appreciated still that this amazing island is the sunniest and dry the Caribbean island. The most popular resorts are considered to Gibbs Beach, Mullins Bay, Paynes and Sandy Bay.
Quickly collect your bags and go to travel!

Travel to Barbados
Travel to Barbados! Barbados - the small island in the east of Caribbean Sea. The island belongs to the archipelago of Lesser Antilles, to his east part. Surrounded by reefs, he himself is composed mostly of coral deposits.
Countries of the world
Written by: John K