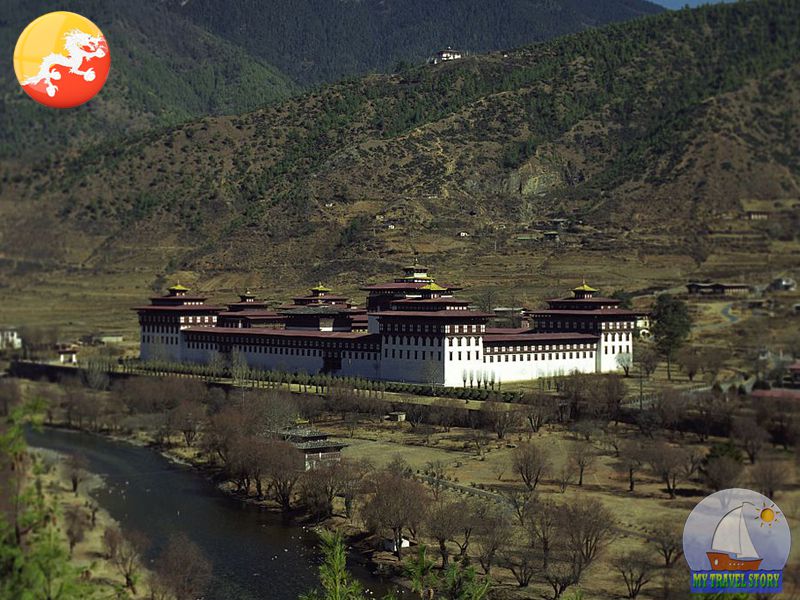 Travel to Bhutan! Bhutan – the country of the Thunderous Dragon. Rather recently Bhutan became available to tourists. Till this time about it very few people knew as about the country, suitable for tourism. Lying in the heart of East Himalayas, Bhutan as though has lagged behind a current of time.

Only from 70th years, the country has begun to gain popularity, and today it is dream of many travelers. In the territory of the country in original state the oldest woods and rare species of flora and fauna have remained. Unusually the local landscape supplements monasteries – “dzong”, characteristic of this country. Residents of Bhutan, are very hospitable, and their outlooks on life aren’t affected at all by the world, modern, habitual for us.

It is the country of the Buddhism, purity and an enlightenment in search of which monks have come many centuries ago to Youzhny’ slopes of the Himalayas. The destiny stores this state as a source of pure spirit and harmony. Residents of Bhutan don’t know wars, hostility and sufferings. Their life is directed to Light, God and Pleasure. Everything grown up on this blessed earth – environmentally friendly because import of chemical fertilizers is forbidden. Here almost all vegetarians it is also forbidden to kill animals.

Bhutan isn’t felled trees, and, on the contrary, land on naked slopes of mountains. Travel to Bhutan, there is no television, but there are TVs and mass of videotapes.

Undoubtedly Thimphu – one of the most unusual capitals of the world. In the territory of the city no more than 50 thousand people live. The city is located in the cozy woody valley of the river Thimphu-Chkhu at the height of 2500 meters above sea level. Here you won’t find modern buildings, habitual for us. According to the local law everything, buildings even new under construction have to be executed in compliance to traditional architecture.
On the hill, towering over the capital, there is the main pride of the city – the “Fortress of blessed religion” constructed at a turn of the 19-20th centuries. Earlier this huge and unusual monastery served as defensive system of the city, and now it is the residence of the king and the Supreme Lama’s palace.

Near the monastery the memorial devoted to the third king of Bhutan, the father of the current king, and also National library including a huge collection of the most ancient manuscripts and historical literature settles down. Now this library is considered the best collection of religious and historical manuscripts in the Himalayas.
Every weekend in the center of the capital, on the river bank the extensive market where practically all residents meet is scattered and not only to buy or sell goods and to obtain necessary information as it is the main center of public life of citizens.

At small distance from the improvised market there is the main stadium of the country – Changlimitkhang which is the main place for carrying out competitions in archery, traditional for Bhutan. Competitions are always followed by colourful and unusual rituals, and all its participants act in national clothes. Incredibly beautiful view of the capital opens from an observation deck of the monastery Pkhadzhoding lying in 12 km from Thimphu.

The city of Paro – the only air gate of the country. Here in seven kilometers from the city the only international airport of Bhutan in the country is located. The city is in the territory of the fertile valley of Paro, this most densely populated place in the country. In this region there are most beautiful monasteries, and also a set of towns and small villages with surprisingly beautiful houses.

The pearl of Paro is the ancient monastery “Tiger Den” lying at the height of 900 meters over break of the rock. The monastery has been founded in the 13th century, on the place of a cave in which one of monks meditated. Today the given monastery is the main Buddhist shrine of Bhutan. The monastic complex consists of several temples, monastic huts, and several small monasteries “attached” to slopes of mountains.

The largest religious center of the country and the place from where for many years the dynasty of monks ruled the country – the city of Trongsa. In the territory of this unusual city there is the largest fortress in Bhutan. Near the city the valley of the river of Mandge-Chkhu along which extends the huge number of the dzong forming the whole network around the city was built. The downtown – the fortress of Trongs-Dzong which is the hereditary house of royal family. Fortress represents the whole unapproachable city divided into a set of separate tiers with the streets and buildings. This complex of constructions is the main example of traditional bhutanese architecture.

Travel to Bhutan
Travel to Bhutan! Bhutan – the country of the Thunderous Dragon. Rather recently Bhutan became available to tourists. Till this time about it very few people knew as about the country, suitable for tourism. Lying in the heart of East Himalayas, Bhutan as though has lagged behind a current of time.
Countries of the world
Written by: John K