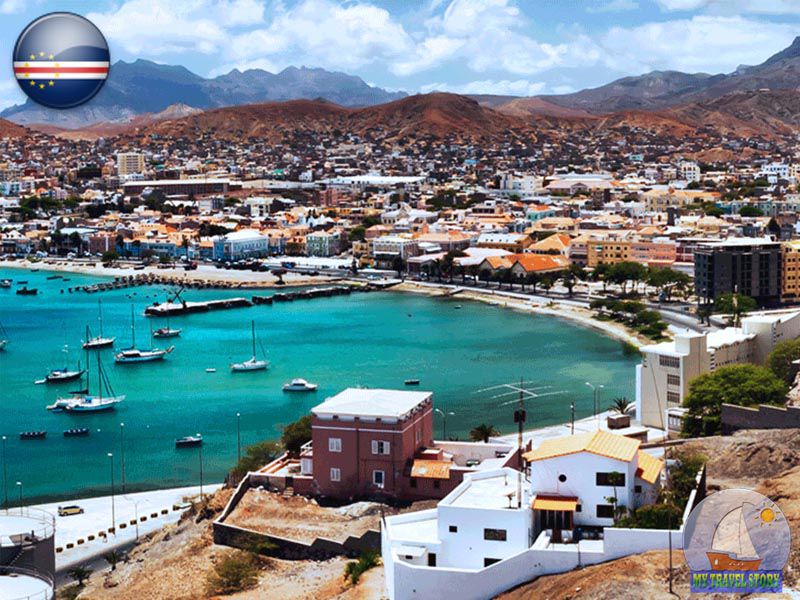 Travel to Cape Verde! The archipelago of Cape Verde or “Cape Verde Islands” has been opened in May, 1460 by the Portuguese seafarers plowing the ocean at the coast of the Western Africa.

They went in search of a sea way to India here and became openers of new lands. In those days islands were absolutely uninhabited. From all ten islands of the archipelago optimum for life was Santyagu whose active settling has begun in 1462. After emergence on the island of the person occasionally fishermen or hunters of turtles began to appear here; these animals are found in local waters much to this day.

The era of active settling of the island Sal begins only in the XVIII century. It has occurred at the initiative of the Portuguese businessman Pedra Martinsh who has visited the island in 1793. In 1804 extraction of salt near the village of Pedra de Lume begins. Is a little later – in 1835 – the settlement the Santa Maria where also began to extract salt has been founded. And now it is possible to see the remains of the thrown salt mines on the suburb of the Santa Maria. If the beginning of settling of the island Sal is connected with development of salt fields in a crater of an extinct volcano, then the construction of the airport begun by Italians in the late thirties which has made of him small, but rather comfortable tourist corner became other decisive event in the history of the island. It is enough to tell that population density of the island Sal from 1940 to 1990 has grown up more than seven times.

Being in an advantageous geographical position – on the way between Europe, Africa and Brazil – islands became the intermediate port of the slave trade. Soon all archipelago began to become populated actively, on islands began to grow up agricultural plants, to part cattle. However after cancellation of slavery of the island of the archipelago began to fall into decay. Free Europeans and the African slaves mixed up in one nationality with a peculiar tenor of life, and Creole language became mainly language of the people who were born from mixed marriages.

In 1956 Amilkar Kabral has created the African party for independence of Guinea and the Cape Verde Islands (PAIGC – Partido Africanope laIndependencia da Guine Bissau e Cabo Verde) and has led fight for national independence. As a result of December 19, 1974 between Portugal and PAIGC was signed a contract on the establishment of the provisional government of Cape Verde, which has held elections to National People’s Assembly and on July 5, 1975 announced the creation of the independent state of Cape Verde.

In 1991 during the first multi-party elections in the country the parliamentary democracy including all main institutes of modern democratic system has been established. Today Cape Verde differs in high social stability thanks to which this country is attractive to various investments from various international government, commercial institutions and individuals.

Travel to Cape Verde, archipelago Cape Verde is in the Atlantic Ocean between three continents – Africa, America and Europe – in 450 km from the western coast of Senegal and consists of 10 big and 5 small islands divided into leeward and navetrenny groups. The navetrenny group (in Portuguese – barlavento) includes Santo Antao, San Vicente, San Nikolau, desert island Santa Luzia, Sal and Boavista; leeward group (sotavento) includes Santiago, Brava, Fogo and Maio. The area of the country is about 4033 sq.km.

The island Sal – the popular place among fans of surfing. On him six surfing clubs, calculated on the different level of preparation. Surfing centers is also on other islands of the archipelago — Boavishta, San Vicente, Santyagu, San Nikolau and Mayu. Existence of coral reeves with the uncountable number of sea inhabitants, underwater caves with a labyrinth of tunnels and cavities attract fans of diving and water sports. The best period for immersions — from April to November. Average depths of immersion — from 6 to 40 meters.

Santa-Antan, lying to the North from Santa-Vincent – the most green and picturesque of islands of the archipelago. He is the most popular with fans of pedestrian tourism, here – it is possible to make a mini-safari on jeeps or bicycles on green hills of the island and to admire his fancy landscape, and then to have a rest on beaches of east coast.