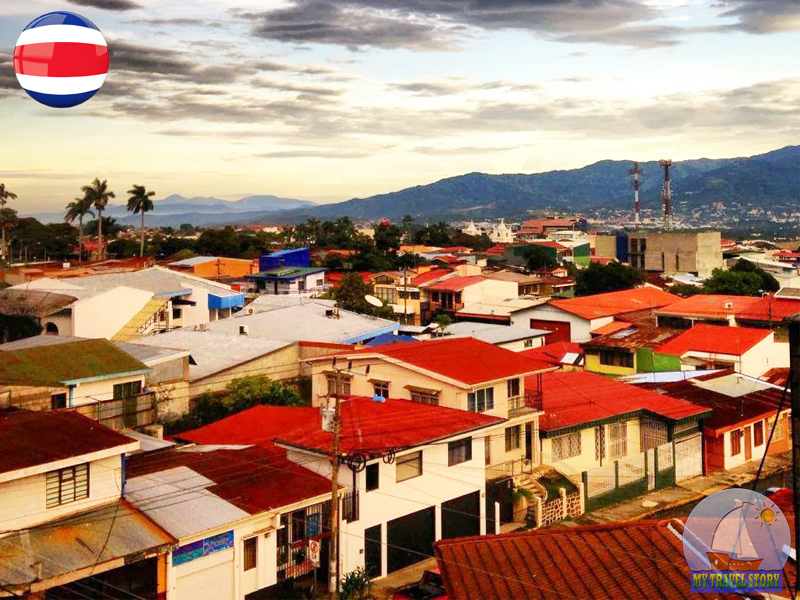 Travel to Costa Rica! On the small area of Costa Rica just huge number of natural complexes which can seldom be met in the countries considerably of the bigger size has managed to go in.

The capital of Costa Rica – San Jose has been founded in the 18th century on height of 1155 meters above sea level. Climate here the most comfortable for rest. The architecture is very different, from traditional Spanish motives to modern decisions. The downtown – Plasa-de-la-Kultura Square. From all directions she is surrounded with the most beautiful constructions, especially it should be noted the building of National theater which is considered the most beautiful theatrical construction in the territory of Latin America.

Near National theater the building of the National museum towers. In the main museum of the country the richest exposition telling about life of ancient Indian tribes is exposed, their gold jewelry is also shown here, and in many capital jewelry stores it is possible to buy exact copies of this jewelry. The museum which is underground in the downtown in which the fullest collection of gold objects of the Indian people is presented is also interesting.

Travel to Costa Rica. The best vacation spot in the city, undoubtedly, National park which can be compared an oasis among the desert. In the territory of park the monument made of white marble in honor of heroes of 1856 who have died at protection of Costa Rica against foreign aggressors towers.

In the southeast from San Jose Kortago’sprovince which is famous for extensive coffee plantations and plantations of a sugar cane lies. The city of Cartago till 1823 was the capital of Costa Rica and its main religious center, however, about one today, from the main religious sights of the city there is no left no trace as earthquakes of 1841-1910 have completely destroyed the city center. About a glorious past, only Kortago’s cathedral and a basilica “The Mother of God of angels” to which annually in August from all country thousands of pilgrims gather reminds.

Outside the city there are also interesting places, for example heart of the known valley Orsi – Mirador-Sanchiri. All valley is densely covered by the most beautiful green carpet from vegetation, generally it is coffee trees, and in the city of Orsi there is a Museum of religion and antiquity which will also be interesting to be visited.

Travel in the east of Costa Rica surely it is worth staying for a while in the interesting town – the Lemon. In the city it is full of the various markets and remarkable beaches. It is the best of all to go to the Lemon on October 12 when there passes the annual traditional carnival. In total in an hour of driving from the Lemon the Natural park “Veragua Rainforest” with the huge entertainment program was stretched.

Travel to Costa Rica
Travel to Costa Rica! On the small area of Costa Rica just huge number of natural complexes which can seldom be met in the countries considerably of the bigger size has managed to go in.
Countries of the world
Written by: John K

The resort of Costa del Maresme