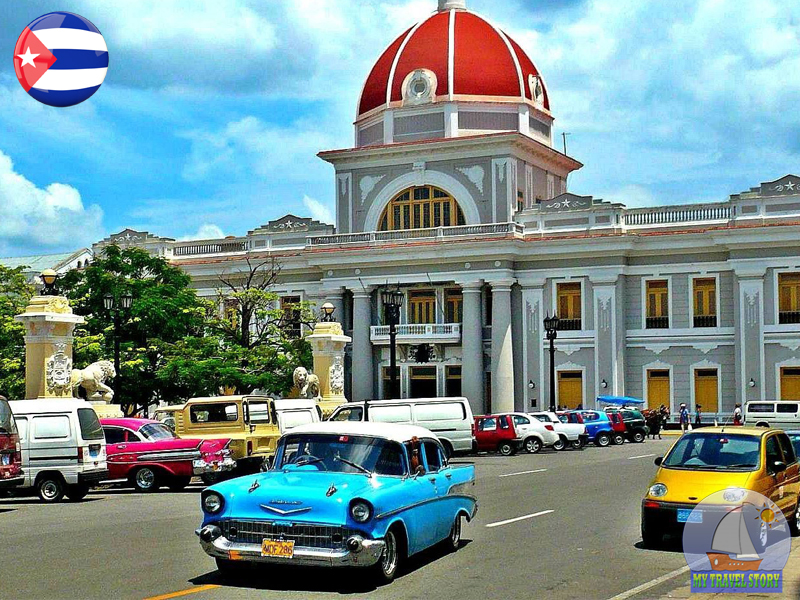 Travel to Cuba! It is known that when Columbus has for the first time seen the earth of Cuba, he has said that he in the life more beautiful didn’t see anything. The truth that can be more beautiful than the blue sea, boundless beaches and the blue sky?

The most important part of all this are people! The cube the unique world which to meet in other place – is impossible. Even in spite of the fact that the country is known for the frequent political problems, a huge number of tourists with pleasure go to these magnificent lands. Now Cuba is the most visited country in the Caribbean Sea.
The capital of Cuba – Havana which is in northwest part of the island. Appearance of the city is rather unique, but at the same time is picturesque. Fine constructions of the Italian style, old mansions stand here nearby modern skyscrapers of “the developing socialism”.

The main tourist and at the same time historical part of the city – Old Havana which is around the Havana bay. The passage in harbor rather narrow and from two parties here is stood by fortresses which once protected this place. On the west bank of harbor there are two forts: La-Cabania and La-Real-Fuersa which is considered the oldest lucky building in America and at the moment is in the building of this fort the Museum of the weapon.

Picturesque Malecón Embankment will be suitable for foot walks. This place is familiar at Cubans as the place where traditional February carnivals are carried out. At once behind the embankment the main city street – Pasedo-del-Prado begins. Today, this street is considered the main sight of Old Havana.

Also on Prado there is a building of Academy of Sciences of Cuba, National library, and also the museum, but earlier it the building was the building of the National Capitol which has been constructed on similarity of the Washington Capitol.

Travel to Cuba. The new part of Havana is known for the modern hotels with the first-class service, the majority of which are on Vedado Embankment and La-Rampa Street. In addition here one of the best beaches in the city are located. The set of smart hotels, perfectly equipped beaches, and also various yacht-clubs and amusement parks are nearby the gulf Kubanakan.

It is also worth visiting and one of the largest regions of karst caves which is located in the province Matanzas. This province in itself can be considered as the certain tourist capital of Cuba, and all because, the abundance of sights is so big here that she can compete with any place of Cuba and not only Cuba.

Besides visit of the region of caves, here tourists have an opportunity to visit the best Cuban beaches of the Isle of Youth, Vardero, and also absolutely wild and untouched places of the southern Gulf of Batabano. At the exit from Botabano’s gulf to be the biggest island of the archipelago Los-Kanarreos by the sizes – Huventud. This island – the best place for diving, and also sports fishing. The cut-up, green coast are full picturesque bays, and heights have overgrown the woods. It will be interesting to visit Punta-del-Este where it is possible to see unusual beaches with black sand and rock paintings.

Travel to Cuba
Travel to Cuba! It is known that when Columbus has for the first time seen the earth of Cuba, he has said that he in the life more beautiful didn't see anything. The truth that can be more beautiful than the blue sea, boundless beaches and the blue sky?
Countries of the world
Written by: John K