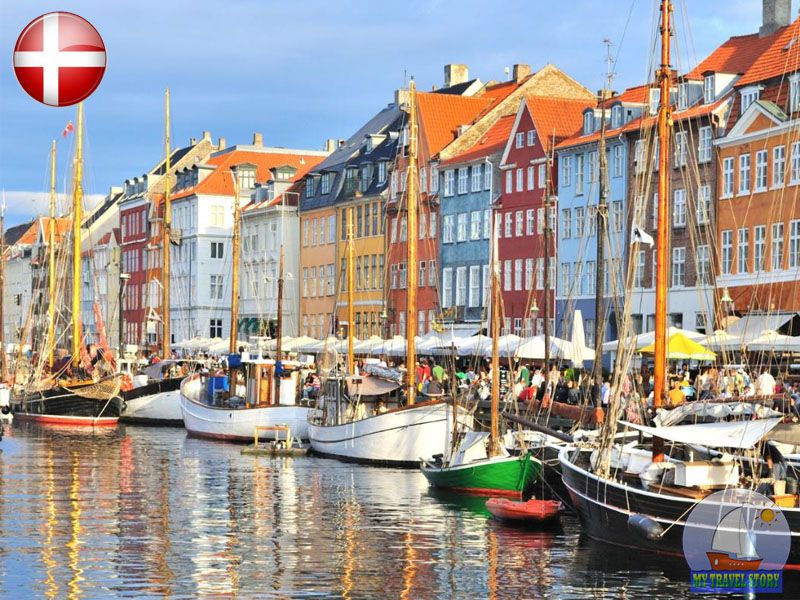 Travel to Denmark! The Kingdom of Denmark – a small European country, where the combined respect for the traditions of the past and love to the modern.

The very fact that Denmark is a monarchy, and it is headed by Queen Margrethe II of, the representative of the dynasty, which ruled in Denmark for more than 1,000 years, says about the amazing ability of the Danes maintain their individuality and to pay tribute to the history of no matter what. Countless castles, palaces and villages will not leave disappointed lovers of history, and a museum of contemporary art lovers will enjoy the new and extraordinary. And, of course, an important part of the country are themselves Danes are friendly, hospitable people with a wonderful sense of humor.

Denmark’s capital, Copenhagen, is famous for its architecture with numerous spiers, towers and steeples. The city was founded in 1167 and has retained the charm of ancient times. Of particular note is the palace complex Amalienborg, residence of Queen Margaret II of, octagonal area in which against each other there are four identical buildings, the Marble Cathedral with its huge dome, City Hall Square, Square Kongens Nytorv, the Academy of Fine Arts, located in the former residence of kings Sharlottenborg, residence of the parliament Palace the Christiansborg, Nyhavn district, which brings together local artists and musicians, local zoo, etc. The famous little mermaid monument is located on the harbor promenade.

In Denmark, there are more than 700 museums, and visitors should definitely pay attention to them. Especially interesting Arsenal, Royal Museum, which displays a collection of vintage clothing, firearms and coaches. In the National Museum you can meet Denmark’s history from the Stone Age to the Vikings and the Middle Ages and the Renaissance. With contemporary art can be found in “Louisiana”, one of the most important museums in Europe. Also worth visiting is the Museum of History of the theater, The Round Tower, the Museum of the carriages, Work Museum, and the Museum “New Glyptothek Karsberga” where a rich collection of art from the ancient to the modern.

Travel to Denmark. It is worth visiting the island of Zealand, where there are beautiful forests, lakes, beaches and royal palaces. One of the largest in Scandinavia, Kronborg castle, where the action unfolds Shakespeare’s “Hamlet”, is located in Helsingor. Here there is also a huge castle of Frederiksborg. Shrine of Russian Empress Maria Feodorovna (1847-1928) and many other royals can be seen in the cathedral of the XII century in Roskilde. Also it is worth to visit the Viking Ship Museum.

In the hometown of Hans Christian Andersen, Odense, you can visit the house where he lived as a child, as well as a museum dedicated to the writer. Denmark is the famous park “Legoland”, which is made from the designer countless figurines of Copenhagen and his royal palace, guards, GH monument Andersen, Indian country with a lot of caves, monsters and attractions.

Special attention is given the island of Funen, which is called “the Garden of Denmark.” For visitors opened 124 the castle, as well as many picturesque villages, estates and parks, preserved in its original form. At the chalk cliffs of 130 meters you can admire the island Myung. With the legacy of the Vikings can be found in Aalborg: here is the castle, monastery, cathedral and burial place of this ancient people.

Travel to Denmark
Travel to Denmark! The Kingdom of Denmark - a small European country, where the combined respect for the traditions of the past and love to the modern. In the hometown of Hans Christian Andersen, Odense, you can visit the house where he lived as a child, as well as a museum dedicated to the writer.
Countries of the world
Written by: John K

The interesting facts about Denmark