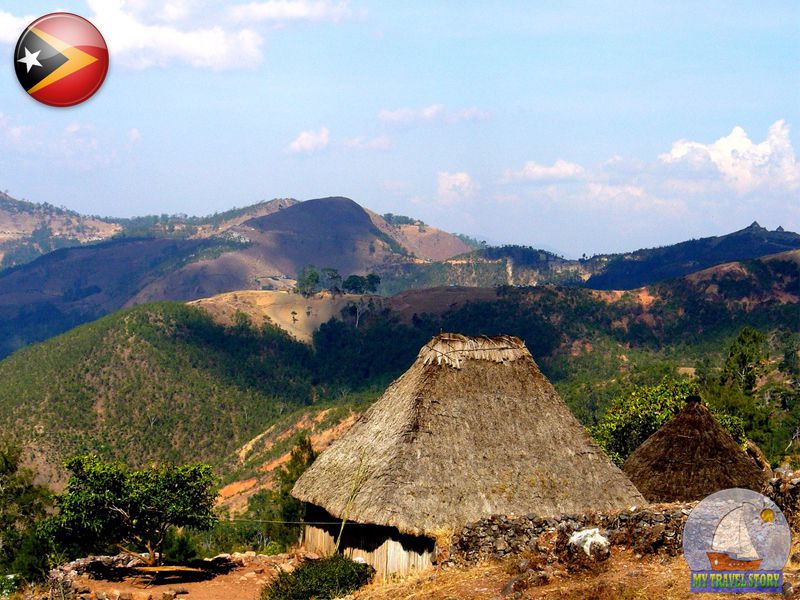 Travel to East Timor! The territory of East Timor, which in the course of history was weaving a place of different cultures and religions, is an interesting object.

There is the famous historical monuments and the development of recreational infrastructure, but there are many absolutely wild natural corners with tropical vegetation, beautiful beaches and rich underwater world.

The country’s capital – the city of Dili – is located in the north of the island, on the coast of a small open bay. In the city is well preserved colonial architectural heritage: roads surrounded by the old villas, going along beaches, ancient palace Palacio do Governador, a massive building of the garrison, built in 1627. A significant part of Dili suffered during the armed conflict of 1999, and many houses are still preserved the scars from bullets. The city is full of churches, and on the top of Cape Futukama is a massive figure of Christ, which resembles the famous statue in Rio de Janeiro. The coast around the monument is replete with spectacular caves, excellent beaches, bars and restaurants. The long seaside boulevard is a great place for an evening stroll and picnic.

In the vicinity of Dili has several good beaches, and Cape Futukama popular among divers. The most well-known recreational area – a quiet bay Airea Branca, which is also called “White Sands” (Pasir Putih). On the coast, there is a park where a few small cafe built among the banyan trees. But local fishermen lay out their catch directly at the coast, which allows you to buy fresh seafood here. Nearby there is another beach area Heus-Baksayd Beach, and a little farther – Likvika, where the famous beach of black sand is framed by palm trees. To the west of Dili, along the scenic coastal road, runs a series of beautiful and comfortable beaches, not far from where locals sell fish and fruit.

Atauro Island differs unspoiled environment. Here, lush vegetation rises to the purest sea water in which one can often observe dolphins and other marine animals. The coast is a popular target for snorkeling.

Travel to East Timor. No less interesting and attractive mountainous part of East Timor. The top Tatamailau is a great vantage point, which offers a panoramic view of the picturesque town Hatubuiliko located at its foot, and river valleys with green hills, leaving behind the horizon. In this area, we laid a lot of hiking trails, which are dense tropical forests go from one to the other picturesque villages. Numerous mountain streams and waterfalls, unique plants of tropical rainforest, stunning mountain scenery and traditional ethnic farm mambae create a unique exotic atmosphere of these places.

Timor Island is surrounded by many kilometers along the perimeter wall of coral reefs that create perfect conditions for diving and snorkeling. This coast is home to a large number of living beings – from turtles to whale sharks, including a variety of tropical fish.

The best place for recreation is considered the southern coast of the island, which is famous for its variety of landscapes and the hospitality of the locals. During the wet season the dense river network in the region comes to life, forming a raging streams and making any trip to a real extreme.

East Timor has a wonderful natural resource potential for the development of many types of tourism, and its poorly developed only adds to the charm and romance of adventure travel in its territory.