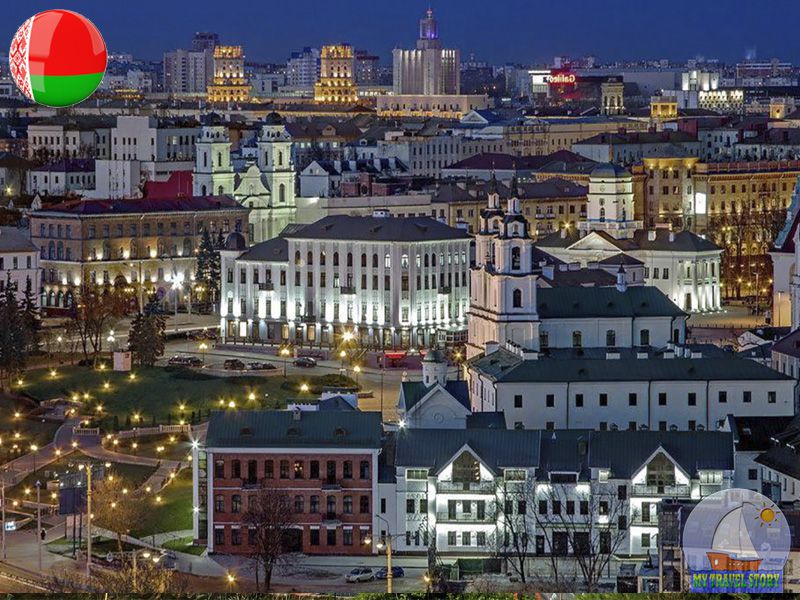 Countries of the world
Author John K Reading 5 min Views 5 Published by May 15, 2016

Traveling to Belarus! By right it is possible to call Belarus a pearl of the Slavic people, it is here preserved the most ancient pagan customs and rituals that are held today.

In this country it is possible to enjoy much delights of the untouched woods and the blossoming bogs, to visit the most interesting fortresses which once participated in nice fights, to see unique landscapes, rare species of animals and plants.

The former Soviet republic finds the increasing and great popularity at travelers that is caused by both a close arrangement of the country, and unique natural complexes, and the friendly relation of locals.

Belarus is located in the geographical center of Europe – favorable by the intersection of roads which since ancient times connected the Black Sea with Baltic, and east lands – with western.

Interesting places and sights of Belarus are located not only in Minsk – the state capital, but also in other not less beautiful cities: Vitebsk, Gomel, Brest, Mogilev, Babruysk, Braslav, Grodno, Polotsk. Minsk located on the place of merge of two rivers: Svisloch and Nyamiha, has been almost completely destroyed at the time of World War II. Therefore those few monuments which have remained and have been restored are carefully protected by the state, and use deserved interest at guests of the capital. These are such sights as:Rakovsky and Troitsk suburb, and also Top city. The ethnographic Dudutki complex, the lake Narach, the alpine skiing tourist Logoysk complex, ruins of fortresses in Slutsk and Babruysk, a church of the Holy Trinity to Benitsakh, archaeological ancient settlement “Gashtoldova the mountain”, a Jesuit church in Zamostye – the list of interesting places of Belarus it is possible to continue indefinitely.

What’s stopping you see them with your own eyes?

Here some of interesting places of Belarus.

Baykovo springs are on the suburb of the wood. In the summer here it is full of some berries and mushrooms, and in the spring everything from flowers is white. And locals tell that a lot of living creatures both small, and large are found here. At least, hot scents of wild boars can be met very often.

It, perhaps, most known and esteemed place of Chaussky district. Here whole cascade of springs. Usually describe seven springs, but actually their about twenty. They collect the waters in two ringing streams which, connecting, feed with clear spring water the beauty Pronya. Here all is filled with some special energy, and it is well felt in morning and hours before sunset when almost complete silence broken only by a ring of live springs and bright streamlets of ice cold spring water reigns in vicinities of Krinitsa. With anything incomparable pleasure – to go barefoot on these streamlets. At first you feels intolerable cold, and then in all body the extraordinary force, ease and cheerfulness appears. It seems that not water, and the net energy streams from under the earth.

The real kingdom of silence and rest, even time as if flows in a different way. There is nothing superfluous and alluvial. Krinitsa have kept the natural beauty. One of springs is taken in a wooden felling, over him construction like a small chapel, too from a tree is built. Water can be taken as from the felling, and below – from a stream. Locals consider that water has to be collected from seven krinitsa, and it means that the most healing water in a stream.

Blue Krinitsa — the biggest spring in the territory of Belarus, and on all East European Plain bigger not to find. It is considered as one of seven miracles of the nature of Belarus. He is declared by a nature sanctuary of republican value, but also, he gets under the international status of unique natural objects. Water of this source is considered a standard of purity of underground waters of Belarus.

“Blue well” – quite so called in old times this unique source, and it must be said, that the old name approached him more precisely. Oaks, lindens and an alder surround a lake, and the water surface in it has a bluish-turquoise shade and as though the ray of light beats from its mysterious depths.

They say that in old times this source was more powerful, several water columns about human growth beat from the earth. And, of course, the people living in these parts knew this miracle. The blue Well was the main sanctuary radimichy – the Slavic tribe which lived in this territory. There were sculptures of ancient gods, here our ancestors worshipped them.

On beliefs, water of a source helps from different diseases. Many people, to recover, drink water, gather it with themselves and are dipped into the stream following from the lake. To the patient, to recover, it is necessary to pass three times a stream with ice cold water from the coast to the coast.

Traveling to Belarus
Traveling to Belarus! By right it is possible to call Belarus a pearl of the Slavic people, it is here preserved the most ancient pagan customs and rituals that are held today.
Countries of the world
Written by: John K