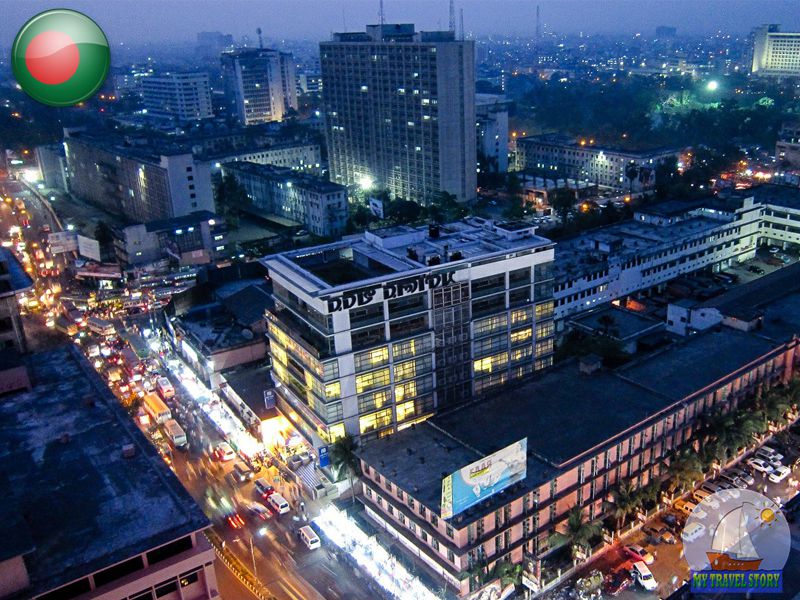 Travelling in Bangladesh! Bangladesh — the state in the Southern Asia occupying east part of the ancient region Bengal, bordering on India and Myanmar and washed by waters of Bay of Bengal of the Indian Ocean. The name of state literally means “Country of Bengal”.

Bangladesh — one of the countries of the world with the highest population density. In many respects, it is promoted by the extraordinary fertility of the delta of the Ganges River and regular floods caused by monsoonal rains. Bangladesh amazingly magnificent and beautiful earth with the richest history and a variety of the cultures and traditions unusual to the country of so small size. Distinctive feature of travel across Bangladesh is movement on water.

In Bangladesh there is a set of sights that should be visited traveling around this country.
There is a lot of interesting: the ancient archeological excavations dated more than 2000 BC, mansions of maharajas of the XIII-XIX centuries, the Capital of Bangladesh Dhaka, the longest beach and the biggest mangrove coast in the world.

The capital of Dhaka is located on the northern coast of the rough river of Burigand almost in the center of the country and is more similar to legendary Babylon, than to the modern capital. The oldest section of the city lies to the North from the coastline. She endured the period of the highest development during an era of reign of Great Moguls when Dhaka was one of the largest shopping centers of the great empire. Now the Old City represents extensive area between two main water transport terminals, Sadargkhat and to Dietary supplements to Tola where impressions of supervision over everyday life of the river are especially charming. The main sight of the capital – the incomplete Fort located in the Old City Lalbakh dated 1678. Here also a set of mosques, including famous Hussain Dalan are located.

The national museum Bangladesh located to the North from the Old City has a fine collection of objects of art and archeology. Besides, in Dhaka more than 700 mosques, Pari Bibi’s tomb, the Parliament building built in 1982, and in old part of the city – traditional big east markets. Dhaka – the capital of rickshaws of the world, only officially more than 300 thousand colourfully ornamented rickshaws without which any action doesn’t do are registered here. At service of tourists of a trip on rickshaws “are so obligatory”, as well as use of the red two-storeyed bus in London. Chittagong (264 km. to the southeast from Dhaka) – the second-large city in Bangladesh. He also, like the capital, located on the north bank of the river Karnapuli and has an interesting old area Sadarghat along the coastline, which clearly shows the importance of river trade to the city life. The old portuguese enclave of Patergkhatt, one of the few areas in the country which has kept Christianity is nearby located.

Mosques Shahs of Dzhama-e-Masdzhid and Kvadam Mubarak – the most impressive and beautiful buildings in the city. Also it is worth visiting the Ethnological Museum in the Modern City which has the interesting expositions telling about tribes and the people of Bangladesh. The beautiful view of the city, besides that is important in a constant local heat, constantly blown and cooled by sea breezes, opens from Fairey Hill (‘Fairy Holmov’) in the so-called ‘British City’ in northwest sector of the city. Area Hills of Chittagong (in 60 km. to the East from the city) includes the mass of the woody hills, picturesque gorges and rocks which have grown with a dense cover of the jungle, a bamboo vyyuny and wild grapes, and has four main valleys created by the rivers Karnapuli, Feni, Shangu and Matamukhur.

It is atypical on topography and cultures the region of Bangladesh where live, generally Buddhist tribes and population density it is rather low that has allowed to keep an environment rather not destroyed.

Rangmati – the magnificent and green rural area belonging to the tribe of a chakm is open for visitors and it is considered one of the best areas of tourism in the country. Pride of the area – the lake Kaptai surrounded with dense tropical and evergreen forests – a unique corner of measured patriarchal life in harmony with the nature. The lake is delightful beautifully and boats which can be employed here will allow to examine the lake in all his magnificence, also here it is possible to test a unique type of diving – immersion in thickets of a lotus and hunting for a lake perch.

The country is very rich in different artifacts and stores in itself still a set interesting about which impossible to describe in one article… Unless just arrived and see with own eyes.