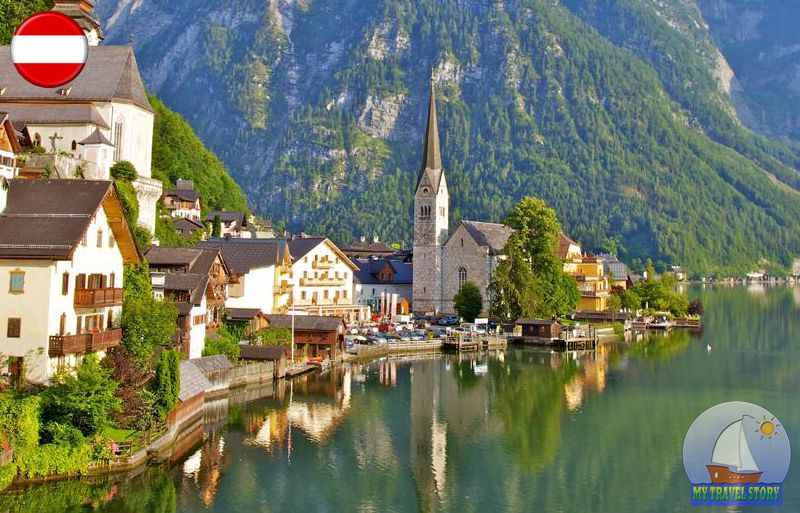 Countries of the world
Author John K Reading 6 min Views 3 Published by May 11, 2016

Travel to Austria! Do not say that the front can be only one side. In Austria there are many mountains and lakes; many beautiful landscapes; castles, palaces and monasteries; historic towns; varied cuisine, as well as theater, opera, concert halls; friendly people; possible physical culture and sports, family vacation.

Can you say that this is the best? So you can from all this variety quickly find a suitable holiday, closely matches your interests and opportunities here, along with practical advice, suggestions are given for the compilation of routes that cover the largest number of attractions.

The nine federal states of Austria politically and economically integrated into a single whole, but are very different from each other by their nature, way of life and cultural attractions. Vienna (Wien) – this rich tradition of the residence of emperors – began to acquire the features of majestic elegance in the days of the Danube monarchy. And, at the same time – it is a city with a modern, forward-looking architecture. Here abounds cultural life. The city is surrounded by the Vienna Woods, and such an extensive seating area can not boast of any capital of the world. Near the city of Baden.

The most eastern province in Austria Burgenland is famous for its fertile lands around Lake Neusiedl, the only steppe lake in Central Europe. Located here National Park is a unique habitat for rare birds.

From all sides of Vienna as a belt surrounds the state of Lower Austria. East of it is famous for its vineyards, spread out on the numerous hills covered with ancient and northern forests, which are associated with many legends and myths. Region Wachau – part of the Danube valley – located between the beautiful, built in the Baroque monasteries of Melk and Göttweig, and is the most popular holiday destination in Lower Austria.

Semmering mountains form a transition to Styria, which is famous for its endless forests, thanks to which it was called the “green heart” of Austria. It stretches (2.995 m) from the ice-covered peaks of the Dachstein to the gentle, vine-covered hills from the south came close to the state capital of Graz, Styria appears in all its diversity of landscapes and monuments of culture. Among them – the Salzkammergut region, famous for its lakes and mountains, surrounded by the city of Bad Aussee.

Another part of the Salzkammergut region of Upper Austria belongs. There are several areas that attract visitors to a wonderful combination of nature and culture. Salzkammergut became famous Austrian Emperor Franz Joseph and his wife, Empress Elisabeth, spent the summer at the imperial villa in Bad Ischl – this famous for its mineral springs town. And from the Danube to the north, up to the border with the Czech Republic extends wooded hills – this kind of country is called “Mühlviertel“. This land offers a little of everything: holidays in the countryside, walking or cycling along the Danube valley over the hills to the north, as well as all kinds of water activities in the lake district of the Salzkammergut, rock climbing, all kinds of winter sports in the southern mountainous area of this land. The capital of Upper Austria – Linz.

Famous for its lakes, such as Lake Wörther See, Ossiacher See and Milshtatter See, Carinthia is located in sunny southern Austria. Here, in Carinthia, and is the highest peak in the Austrian Alps – the Grossglockner peak. Figuratively speaking, the same height and is Carinthia’s cultural life.

On the border of Carinthia and Salzburg federal land stretches Hohe Tauern National Park – this paradise for nature lovers and hikers. The capital of the land – the city of Salzburg – an internationally recognized city of beautiful music. Here, in the Old Town Street. Getreydegasse great Mozart was born. Salzburg is famous for its music festivals, which annually collect a huge number of fans of classical music.

Like pearls on a necklace, in the Inn Valley each other are the most important attractions of Tyrol: Innsbruck the capital of the land, the city Hall, Schwartz, Rattenberg. In this well-known for its beautiful mountain scenery area are the Austrian Zillertal, Stubai and Ötztal, which is a great place for those who like to travel in the mountains, or just for those who choose to relax in the provinces, far from the madding crowd. Especially popular are the Swarovski Crystal Worlds, which are visited by 600 thousand. Visitors per year.
In the most western part of Austria, Vorarlberg is located, where you can meet a variety of landscapes – from the Silvretta glacier to the Rhine valley. Vorarlberg shared with Germany and Switzerland, Lake Constance. Travelers are attracted annual music festival of opera, which takes place on its shores.

All the wealth of the nine Austrian federal lands in front of your eyes, attached map represents only a small fraction of those places that attract travelers to Austria. We offer routes to help you get acquainted with the country and its individual regions and places. If you have already visited in Austria, then, having become acquainted with this site, you will realize that in Austria there is still a lot that will undoubtedly lead you to this country again and again.

Travel to Austria
Travel to Austria! Do not say that the front can be only one side. In Austria there are many mountains and lakes; many beautiful landscapes; castles, palaces and monasteries; historic towns; varied cuisine, as well as theater, opera, concert halls; friendly people; possible physical culture and sports, family vacation.
Countries of the world
Written by: John K

The interesting facts about Austria