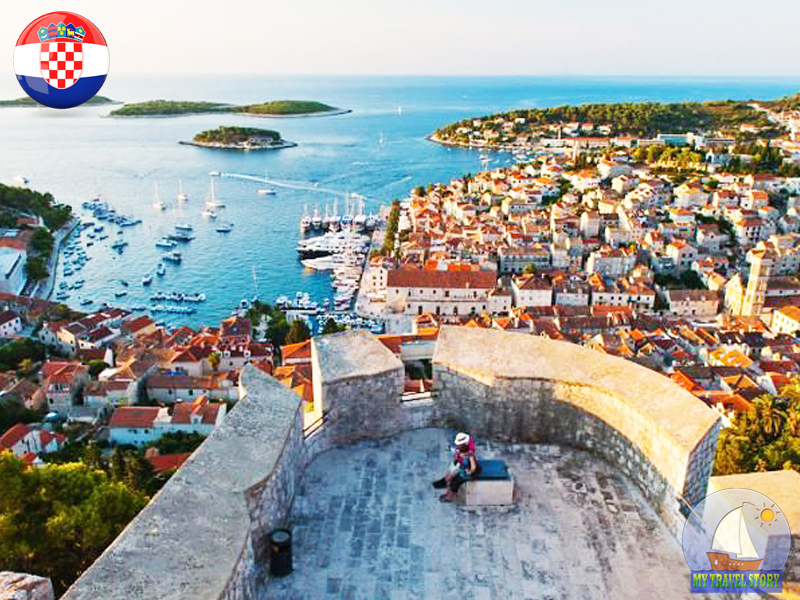 Travel to Croatia! The nature of so small state as Croatia is very different. Here the dense woods, geothermal sources, the excellent sea coast meet a huge number of islands and all this perfectly adjoins to ancient castles and a set of historical sights.

Considering that Croatia is located practically in the center of Europe it is possible to tell with confidence that this country plays an important role in rest of Europeans. Distinctive feature of Croatia is the huge number of the locks located in her territory. Literally in any part of the country there is the known lock.

The capital of Croatia – Zagreb the medieval city with a set of art galleries and museums. Having formed due to merge of two towns (Gradets and Kaptol) Zagreb became one of the most beautiful capitals of Europe. Conditionally the city is divided into two parts (Gradets and Kaptol) also now.

The former Gradts’s center the church in the Gothic St. style is considered. Brand near which the main architectural sights are concentrated: presidential palace, building of National Croatian Assembly and Historical museum. The best place for walk the small pedestrian street of Ivan Zakmardiya is considered having passed on which it is possible to come to the old funicular which connects among themselves the top and lower part of the city. In the top part of the city the observation deck with which the most beautiful view of the city opens is located.

Kaptol’s center is also presented by a religious construction (St Stephen’s cathedral) which has been constructed on the place of the ancient cathedral destroyed by an earthquake in 1880. Surely it is worth seeing the baroque Palace of the archbishop located nearby which once served as defensive works of the protecting Kaptolu from attacks Turkov. There is also one of the most beautiful cemeteries of Europe – Mirogoy. The local Zagreb university is considered not only the oldest in Europe, but also one of beautiful.

Travel to Croatia. Distinctive feature of Zagreb are numerous pedestrian zones along which the set of small restaurants and cafe under the open sky which are decorated with beautiful terraces and balconies with flowers is scattered. Near Zagreb there is a medical resort of Naftalan, known in the world, which is famous for the only thing in the world a source of medical oil (Naftalan), and also hot mineral waters.

One of the best-known resorts of Adriatic Sea – the Istrian Peninsula which is in the most western part of Croatia at border with Italy. Istria has received the name “Istriysky Riviera” for the unique resort opportunities. Istria is not only nearly 500 km of the purest beaches, but also rich history. The beach season lasts here from May to October therefore very often this place is visited by residents of other European countries.

Surely it is worth looking at the Croatian national parks – Brioni and Plitvitskiye who are absolutely near Istria. Brionsky islands since 1983 are national park of Croatia. They consist of two large islands and 12 small. All islands are covered with the magnificent woods. In the territory of Brionsky islands there are such known sights as a country house of the marshal Tito, ancient church of St. Jermain, the remains of the Roman country house which has been constructed in the 1st century BC. On islands there are fine opportunities both for rest and for sports activities (diving, horse driving, etc.).

Apathy is one of the most expensive resorts of Croatia. Even at the time of the Austro-Hungarian empire rest was considered as a wealth sign here. Each hotel has at itself own pool with sea water. In the resort the best conditions for rest are created. Annually in Opatiya there passes the fascinating sailing regatta. Nearby from there are fishing cities, most known in the country (Ichili, Lovran) and the graceful medieval cities in which numerous historical sights of Croatia are located.

Travel to Croatia
Travel to Croatia! The nature of so small state as Croatia is very different. Here the dense woods, geothermal sources, the excellent sea coast meet a huge number of islands and all this perfectly adjoins to ancient castles and a set of historical sights.
Countries of the world
Written by: John K