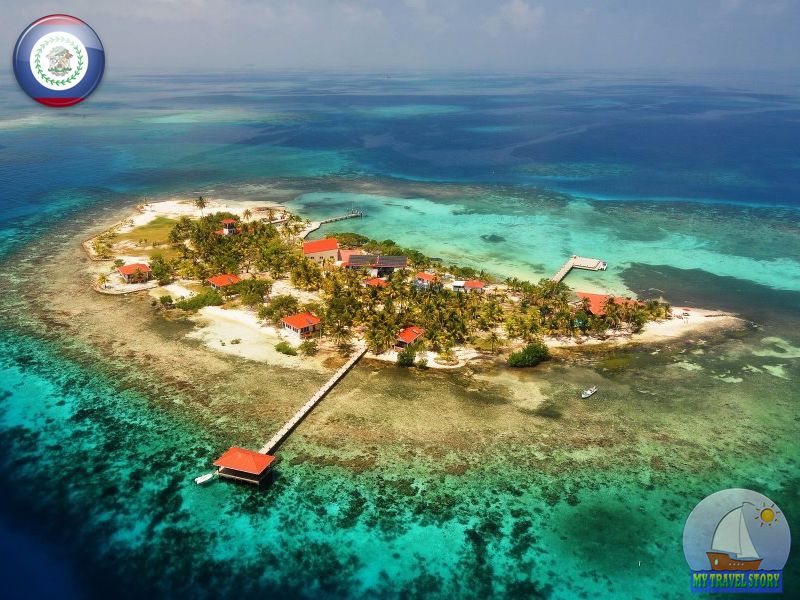 Countries of the world
Author John K Reading 5 min Views 4 Published by May 17, 2016

Travel in Belize! One of the most unusual countries of Central America known for the picturesque cities and original culture. A big variety of interesting places and sights of Belize blows the mind even of the most experienced traveler. In the small territory successfully adjoin with each other clean, sandy beaches and majestic mountain chains, green islands and the most beautiful coral reefs, fertile plains and a dense selva.

In the past almost all western part of the territory of present Belize was inhabited by Indians of the Maya whose culture has reached blossoming in ІІ-І the X centuries AD and became priceless historical heritage. In the X century almost all Indians of the Maya have left this region and peninsulas Yucatan (the South of modern Mexico) migrated to the north. The coast of modern Belize has been opened by Christopher Columbus in 1502. Till 1973 Belize carried the name British Honduras.

The most modern city of Belize is his capital of Belmopan which construction has begun after destruction a hurricane of the previous center of the country Belize City in 1970. Aboriginals belong to various language and cultural groups that causes a big variety of cultural traditions.

Sights of Belize are not only ancient cities of Indians Maya and numerous unique natural reserves and wildlife reserves, such as Crooked Tree and Half Moon Cay. But also a large number of karst areas which have brought to the country glory of one of the best places for travel on land and underwater caves. For this reason cave explorers and ordinary tourists from around the world seek to visit Belize to combine active recreation with studying of historical and cultural sights.

Here it is possible to look at step pyramids, wall reliefs, huge masks, ancient burials and the well-known crystal skull causing numerous discussions of scientists in the town of Lubaantun.

“False arches” — architectural riddles of ancient Maya, will meet you in Cahal Pech.

Great interest for lovers of unique flora and fauna represent nature reserves and national parks of this small country, among which has no analogues in the world Cockscomb jaguar preserve. Besides, fans of eco-tourism can recommend an excursion in Mountain Pine Ridge – Forest Reserve and National Park Loving Bed Kay. By the way, the authorities have allocated for parks and reserves about 40% of the land.

Are rich in sights and architectural highlights of the city of Belmopan, Belize city. In them it is worth visiting the Art boxing, Sea and City exhibition the museums, the Coastal zone museum which shows an ecological exposition of coral reeves; the monument of the baron Bliss which is carrying out function of a beacon; the oldest Anglican church – Cathedral of St. John.

It is possible to see magnificent fireworks from thousands of multi-colored flitting butterflies on a farm “Green hills” in the Kayo District.

In the Belize zoo you “will plunge” into the atmosphere of the primitive nature where the great number of rare animals and birds lives.

Belize is known for the second-large barrier reef in the world (challenges superiority with the Mexican reef from the island Contoy, Cancun), which is inhabited by about 1500 species of tropical fishes.
Those who love diving, can research Great Blue Hole located near the coast of Belize. At a depth of 70 meters there are caves, entrances to which are filled with water. Divers in these parts can meet reef sharks, sharks nurses and other species of fish.

For beach rest it is possible to advise the islands located near a barrier reef Ambergris and Half Moon. White coral sand, surfing, exotic fishing, underwater park Hol Chan, coral landscapes and a great number of another – everything not to count!

Travel in Belize! Belize is a beautiful country, and believe, here it is worth visiting! Come and be convinced that you have not made the wrong choice of a route.

Travel in Belize
Travel in Belize! One of the most unusual countries of Central America known for the picturesque cities and original culture. A big variety of interesting places and sights of Belize blows the mind even of the most experienced traveler.
Countries of the world
Written by: John K