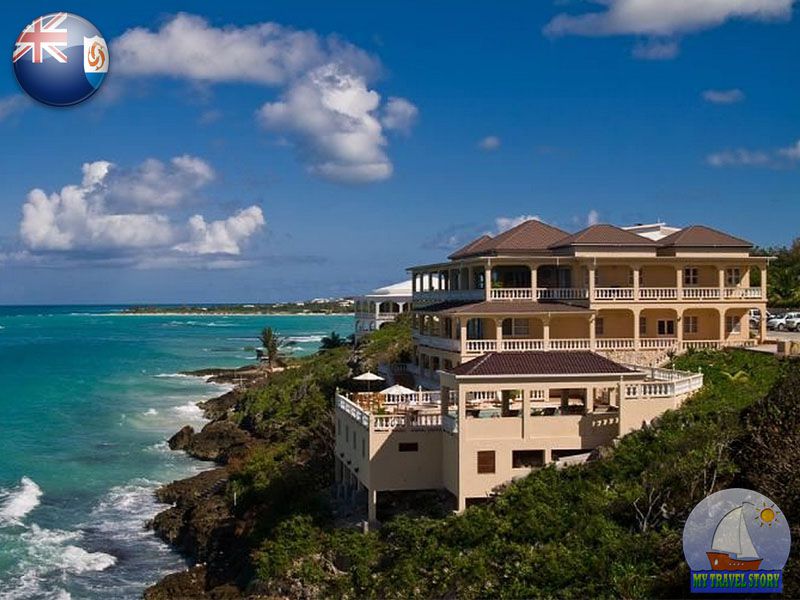 Countries of the world
Author John K Reading 4 min Views 3 Published by May 7, 2016

Travel to Anguilla! Anguilla Island – a coral island in the Caribbean, one of the northern Lesser Antilles, is located about 8 km away. from the island of Saint-Martin and is the main island of the same name of the state (a self-governing British Overseas Territory in the British Commonwealth). The island is about 26 km, width up to 5 km, the total area – 91 sq km.

The oldest finds of objects of human activity on the Anguilla dated 1300 mi years BC The island was one of the centers of civilization-the Arawak Indians, which pushed warlike Caribs eventually. Date of discovery by Europeans of the island is unknown: some sources say that Columbus saw the island in 1493, while others say that Anguilla was first discovered by the French in 1564-1565gg. One way or another, but the first English settlers appeared on the island in 1650. – It is precisely known. During the XVIII century Anguilla occasionally serves as an arena for clashes between the British and the French, but each time England returns control of the island itself. Until 1980. Anguilla is a member of the British colony of the Leeward Islands from 1980. is its current status.

Getting to Anguilla can be a Saint-Martin (sea ferry, journey time about 20 min.), Well or fly local airlines – Airport on the island is small and does not accept transatlantic airliners.

On Anguilla sights a little – they, in fact, there are two. The first: a huge cave Fontaine, which is the most important archaeological heritage of Anguilla. In 1979, there were found numerous petroglyphs, including a unique carving patterns on the stalagmites, dating back to the turn of our era. Inside the cave are common images of the supreme god-creator of Arawak Indians – Yokahu (Yoka), which suggests that this site was a religious or ceremonial center and place of pilgrimage with the other islands in the region. That year, the government has plans to turn the country into a national park Fontaine (the cave, by the way, is listed in the inclusion of the candidates in the list of UNESCO World Heritage Site), but today it is often closed to preserve the petroglyphs from the ubiquitous souvenir hunters.

The second, and main, landmark Anguilla – is its beaches. The snow-white sandy beach of the Gulf Shoel Bay East; amazing beaches Sandy Ground; luxurious and quiet, but not less beautiful Meads Bay. Any of these beautiful places will give you a lot of impressions. Despite the fact that the resort business in Anguilla is actively developing, drive here is almost no – emphasis on peaceful rest. There are luxury hotels (alone Malliouhana Hotel with its huge wine list, excellent French cuisine and its own water park for what children should), there is a delicious and not very expensive restaurants (abundance of fish, shrimp and lobster), there is a fine white sand, there is calm turquoise water – what else is necessary to forget about the problems and enjoy your vacation?

Travel to Anguilla
Travel to Anguilla! Anguilla Island - a coral island in the Caribbean, one of the northern Lesser Antilles, is located about 8 km away. from the island of Saint-Martin and is the main island of the same name of the state (a self-governing British Overseas Territory in the British Commonwealth).
Countries of the world
Written by: John K