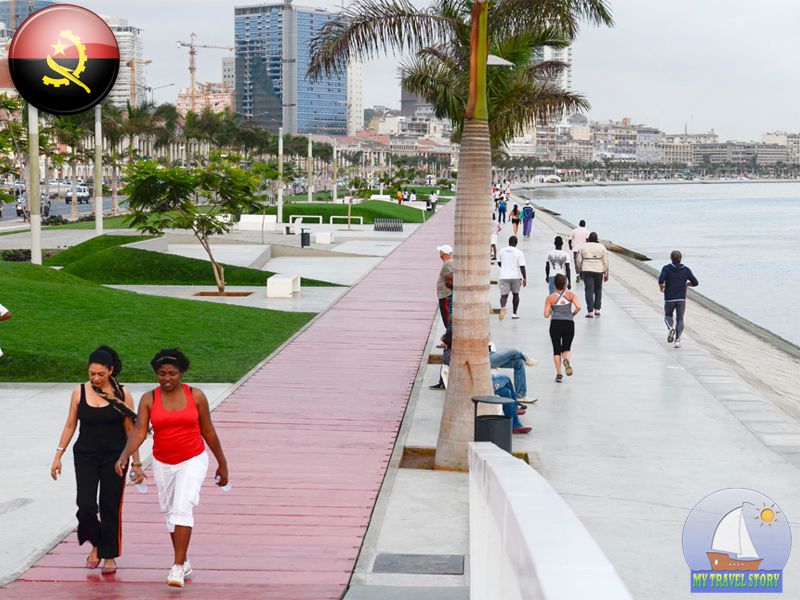 Countries of the world
Author John K Reading 6 min Views 52 Published by May 5, 2016

Travel to Angola! “Why should I go to Angola?” – The question arises among the majority of travelers who are used to rest at the luxury hotels and enjoy sophisticated entertainments. Indeed, what may surprise the average traveler’s country from which for centuries the local population was falling into slavery or was exported for sale to general public of interesting places and sights of Angola can be a question?!

Traveling to the African country, at first you must visit the most famous nature reserve – Kissamas National Park, see a beautiful waterfall on the river Lukala and stroll through the capital to see the construction of the colonial culture, sidewalks with a unique mosaic pavement and other sights of Angola. In addition, the Namib Desert is the perfect place for hunting and its dunes are a favourite place for professionals sandy slalom.

Interesting locations and attractions of Angola

The Black Rocks at Pungo-Andongo

Black stones Pungo-Andongo (Port.Pedras-Negras de Pungo-Andongo), they are also Black stones of Malanje – a large number of huge stones of various shapes, towering over the savannah like a flock of some cyclopean beasts.They are near the small town Pungo-Andongo, which is located in 116 km from the regional center of the city of Malanje. According to its geological nature black stones are ancient lava emissions.

Among African tribes living next to the black stones there are many beliefs and legends associated with them. Tourists usually go to the male stone (Pedro Homemde melo), having a pronounced form of a huge phallus. According to the legend, the man, touched the foundation stone of Male, his genital organ will begin to grow, regardless of age. It should be noted that near there is Female stone (Mulher de Pedra). Unfortunately, I could not find the information, how it affects women.

Kissama National Park is the oldest and the most famous Angolan Reserve. The colonial government of the country was established in 1938. In 1957 it was given the status of a national park. It begins about 70 km away from Luanda the capital, occupies a vast area (about 10 thousand square kilometers) and is limited to 120 km long coastline of the Atlantic Ocean, in the north by Kwanza river, from its mouth until Muxima; south, by Longa river. It is a tall-grass savanna, basically. In the days of Portuguese rule the park was home for a huge variety of animals (various species of antelopes, buffalos, giraffes, elephants and the unique population of the black sable). But for almost 30 years of civil war and intervention in Angola, local residents have reduced the number of inhabitants of the park practically to zero.

In 2001, forces “Kissama Fund” and “Noah’s Ark” was carried an operation: from the overcrowded reserves of Botswana and South Africa in the national park Kissama has been transported a large number of animals, including elephants. Due to this over the last decade the population of wild animals in the park began to recover gradually.

Lubango is the capital city of the Angolan province of Huíla. It’s a quiet and safetown enough for tourists with beautiful specimens of colonial architecture, surrounded by a picturesque park. The main attraction is a Brazilian copy of the monument of Jesus Christ (Portuguese: Cristo Rei) 30 meter diameter statue is on the hill over Lubango city, between the city and Chela mountains in South Angola. It was built by the Portuguese between 1945 and 50s. Angolans say that all three sculptures (Angola, Brazil and Portugal) are equidistant from one another, without explaining, however, does it mean something.

Kalandula Falls – is a collection of waterfalls that when measured by volume, is one of the largest waterfalls in all of Africa, formed from the waters of the Lucala River, and is located 80km from the city of Malanje and about 420km from the capital city of Luanda. The height of the falling water – 104m, the width of the ridge – almost a kilometer. In the days of Portuguese rule it was called Duque de Bragança Falls. But in 1975, Angolans who have become independent immediately renamed it.

Serra da Leba is a mountain range in the province of Huíla, in Angola. Beautiful nature,mango thickets, spectacular waterfalls where you can swim…Some 36km southwest of Lubango, the excellent tarmac road that links Lubango with Namibe plunges 1,000m down the Serra de Leba Escarpment in a series of hairpin bends – is one of the most recognizable places of contemporary Angola. Serpentine built by the Portuguese in the early ’70s, and his picture was taken on almost every fifth commemorative postcard issued in Angola. Now his picture adorns the bill 5 kwanzas – Angola’s national currency.

Admire the serpentine is possible with a special viewing platform, which offers stunning views and looping mountain road, and themselves Serra da Leba.