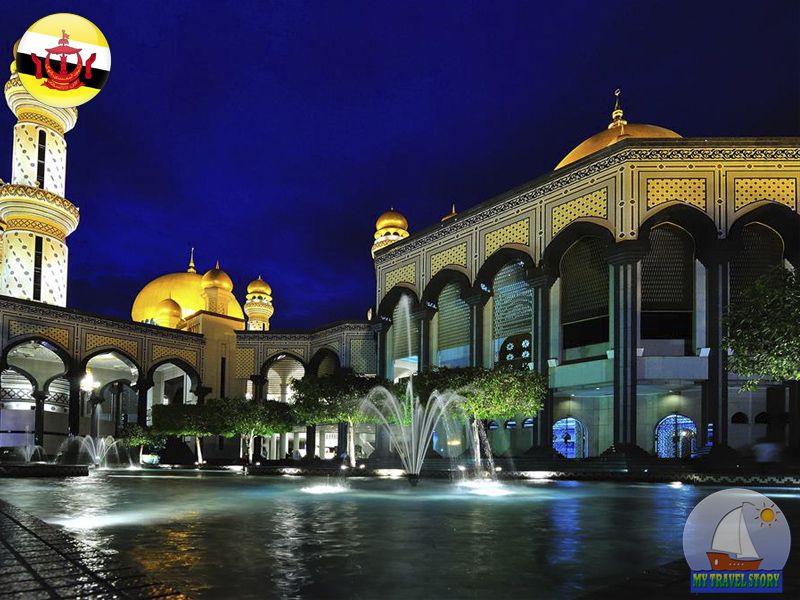 Countries of the world
Author John K Reading 5 min Views 9 Published by May 20, 2016

Travel to Brunei! Brunei – the small country, absolutely small state which is in Southeast Asia namely on the northern coast of the island of Kalimantan or as him still call Borneo. The city of Bandar Seri Begawan acts as the capital of the country. Brunei in translation means “monastery of the world”. In 1984 on January 1 Brunei became completely independent state (96 years I was protectorate of Great Britain).

According to the famous magazine Forbes throughout long time the country one of the richest people of the world – the sultan Hassanal Bolkiah who is known as the prime minister, the Minister of Defence, the Minister of Finance and the religious leader of the country rules. The sultan had really outstanding hobby – a collecting of expensive cars, also he was fond of works of impressionists. But the most important the fact that the sultan had large reserves of oil. Thanking oil the country became prospering, and leadership skills, wisdom and Hassanal’s foresight have made it sincerely favourite people the governor. Officially in the country 2 languages – Malayan and English, are widely used Chinese. About 65% of the population – Malayans, 25% – Chinese.

Brunei – the country of the Islamic world and as it is characteristic of such countries of a standard of behavior in public places are very strict, sale of alcohol is forbidden since 1991, and with arrival of night life in the city fades. Brunei is generally visited by tourists that will get acquainted with the brightest sights, traditions of the East, to learn his history.

The main sight of the city is the palace of the sultan which by right is called the biggest inhabited palace around the world (205 thousand sq.m.). The palace of the sultan of Istana-Nurul-Iman combines Islamic architecture, traditions of the East and current trends of design. For an internal interior and finishing of the palace the best materials have been from around the world brought, the best experts worked. The palace is open for visitors only at the end of Ramadan holiday. Planning of the palace is simply unimaginable – 1778 rooms, 18 elevators, 44 ladders, several throne-rooms, 51 thousand lamps, the biggest garage for a collection of expensive cars of the sultan, a helipad, a hangar for planes, the stable on 200 racers is just unique palace and unique in own way.

Unimaginable beauty and grandeur, called in honor of the 28th sultan of Brunei, the mosque Omar-Ali-Sayfuddinhas been built in 1958, but to this day shines and sparkles on the bank of artificially created lagoon. This symbol of Islam is visible from any point of the country. The gold dome 52 meters high covered with gold, in a complicated manner curved surface covered with the finest mosaic with a minaret in 44 meters, an internal decor wealth and chic corresponding to appearance – all this live embodiment of the fairy tale “Thousand and One Night”. The mosque is brought as an architectural construction in the Guinness Book of Records. Near the mosque the main commercial institution of the country is located.

In honor of the ruling sultan Haji Hassanal Bolkiah Muidzin in 1992 the mosque of Dzhame’Asr-Hassanil-Bolkia-Moske which isn’t conceding on uniqueness and magnificence of the above-named mosque or Kyarong-Mosk has been built. Gold domes, in number of 29 pieces, symbolize the 29th sultan, diamond impregnations on all perimeter of the mosque, the turquoise-blue roof, the royal hall for ceremonies demonstrate that Brunei really prosperous country.

A row has located the building for formal receptions of foreign diplomats, the building is an example of the British colonial architecture of 1906 and carries the proud name “House of Twelve Roofs”.

The finest hotel The Empire Hoteland Country Club is always open for tourists. The biggest pool in the world with sea water and 7 more remarkable pools, one of unique golf fields, sport center – all this secretly carries hotel to seven-stars, and on luxury does similar to the royal residence.

Travel to Brunei. It is worth looking also at the village on water Kampong Ayr – a complex from 28 pile villages to which more 1300. Feature is that despite territorial conditions, in each house there is an electricity, conditioners, the Internet, and the area is equipped with policlinic, schools, mosques, offices of police and fire protection.

The nature, her fauna and flora is not less interesting and unique feature of Brunei than architectural constructions. Exactly here grows the longest in the world liana rattan and the biggest flower – Rafflesia Arnoldi.

Travel to Brunei
Travel to Brunei! Brunei - the small country, absolutely small state which is in Southeast Asia namely on the northern coast of the island of Kalimantan or as him still call Borneo. The city of Bandar Seri Begawan acts as the capital of the country.
Countries of the world
Written by: John K