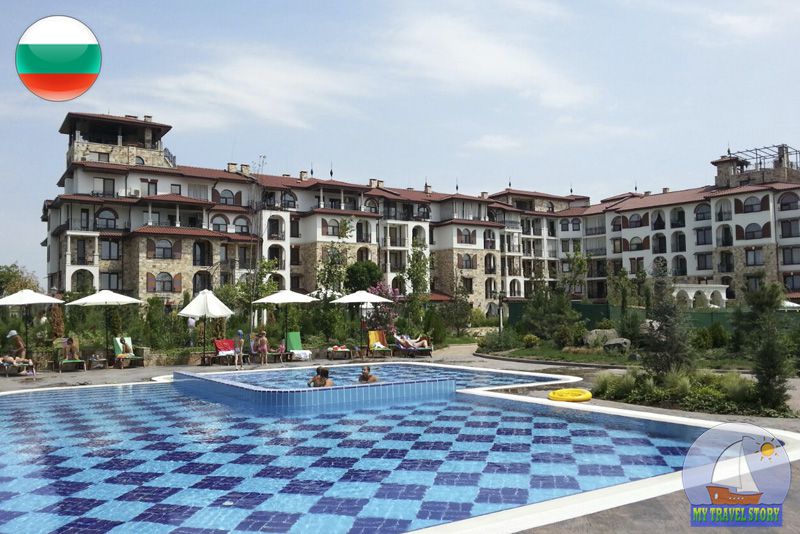 Travel to Bulgaria! Bulgaria – the most ancient European state which ways of development were crossed with history of a world civilization more than once.

Annually to Bulgaria thousands of tourists wishing not only to have a rest in the summer in the resorts of Bulgaria direct, and will sweep on skis in the winter, but also to get acquainted with culture and traditions of the people of this most beautiful country, and also to visit cultural and historic centers of the Balkan Peninsula.

Tourists who come to rest to Bulgaria often consider that this country, except the sea and the beach, there is no place to visit more. But this wrong opinion, in Bulgaria is a lot of interesting places which can draw attention of tourists.

It is possible to refer her desert southern and northern beaches, coast of the well-known lake Bourgas on which the whole flocks of birds, the ancient cities of Sozopol and Nessebar, amazing on beauty, and of course, a pearl of Bulgaria, her informal capital – the city of Varna live to the main sights of Bulgaria.

For studying of the Bulgarian culture go from the South to the north. Here you will see the powerful river Danube which flows practically along all border with the adjoining state – Romania, perfectly remained ancient castle of Kaleto and the real find – objects of rocky education in Belogradchike. And all these treasures are literally in several hours’ journey from the capital of Bulgaria – Sofia.

If you go to the east the countries, then there you will be able to visit the settlements of Basarbovo and Ivanovo in which medieval monasteries, big national park Rusenski Lome, the lake of Srebyrn on which coast different types of birds and the ornithologists watching their life have lodged have remained. Also don’t disregard a seaport of Ruse which submits the architectural constructions executed in style of neoclassicism and a large number of cafe and restaurants.

Rocky formations of various forms in the city of Belogradchika struck many centuries with the look local population. These unique creations become more mysterious and even magic against sunset. Rocky educations have generated around themselves a huge number of various legends and rumors, same gloomy and at the same time intriguing, as well as a landscape in the district.

Very few people know that the Bulgarian city of Varna early was the Greek colony and carried the name of Odessos. And only in the 12th century the modern name of the city has been for the first time used. Public baths were very popular in Odessos, as well as in other cities of Ancient Rome. And, it was not just the place for needs of personal hygiene, in baths important meetings were held, agreements were accepted, friends for talk or rest gathered. All people, irrespective of a social class could visit baths. Differentiation of time of visit for men and women was the only condition.

So, if approximately to distribute the travel to Bulgaria for 15 days – that in short is possible to visit many most interesting places of this beautiful country. Offer to your attention the following route by which you will be able to see the brightest sights of Bulgaria, but not all. Travel to Bulgaria!

It is the best of all to begin the travel across Bulgaria with the capital of Sofia. Here you can take a walk much around the city and enjoy his magnificent atmosphere. It is possible to distinguish the majestic temple of Alexander Nevsky, the Boyana Church built in the Middle Ages and the central Borisov’s Hailstone park from sights of Sofia.
For the second day you can go to Plovdiv to see the remained elements of ancient Roman architecture. After this excursion it is possible to go safely to the biggest resort of Bulgaria – Bourgas.

Having got acquainted with the atmosphere of Bourgas, visit the ancient Bulgarian city of Nessebar. He is famous a variety of small churches in medieval times. All sights of Nessebarcan’t be examined in one day therefore we recommend to remain here a little longer. Also surely visit one of the best-known resorts of the Black Sea coast of Bulgaria – the Solar coast. After that go to Varna, the city in which is a lot of interesting to tourists, including samples of ancient Roman constructions and examples of medieval structures.

For the ninth day plan a trip for the resort of Balchik which unambiguously has the atmosphere, incomparable with other Bulgarian cities, and Dobrich at which visit obligatory point will be the ethnographic museum open-air.
Next, on your way will be the city of Shumenwith his large mosque of the Balkans Tombul and well-preserved fortress of Shumen. The following settlement – Great Tyrnovo.

In the city of Great Tyrnovo surely glance in the ancient lock fortress Tsarevets. From his territory the beautiful view which you want to imprint on the camera opens. In the neighborhood of the city there are many interesting objects – the settlement of Arbanasi which will strike you the tranquility and tranquility, the museum Etyr near the city of Gabrovo, the town of Tryavna with interesting examples of architecture of Renaissance and the man’s Dryanovsky monastery near the city of the same name. On the way to the most ancient Bulgarian city of Lovech curtail into the Trojan monastery which is well-known for the whole world for the unique frescos.

The last days of the travel to Bulgaria leave visit of the city of Belogradchika and its main sight – the unusual fortress of Kaleto. Also go for day to the city of Vidin for survey of perfectly remained fortress the Woman Vida whom have built on the bank of Danube.

Travel to Bulgaria
Travel to Bulgaria! Bulgaria – the most ancient European state which ways of development were crossed with history of a world civilization more than once.
Countries of the world
Written by: John K

The interesting facts about Bulgaria