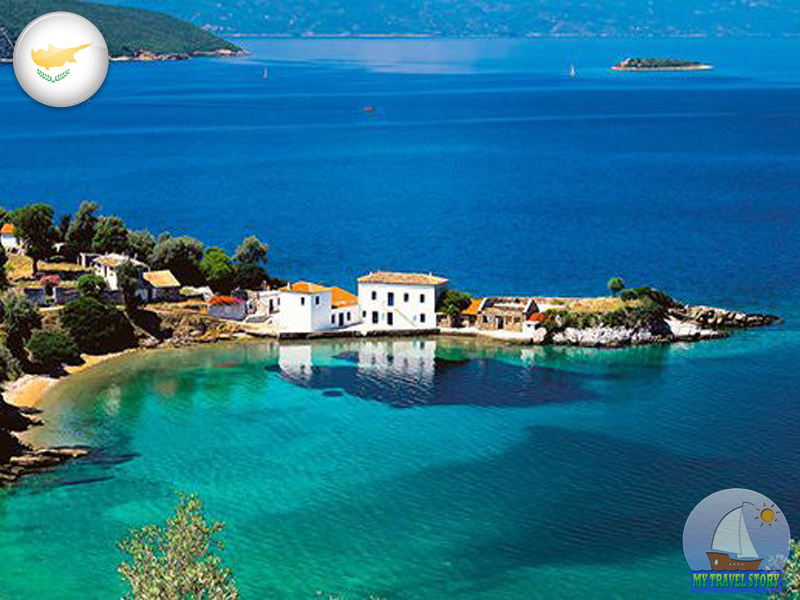 Travel to Cyprus! Cyprus long time served as the center of the Mediterranean trade, and in the Middle Ages this place was crossing of many maritime routes.

In the territory of Cyprus there is an incalculable amount of historical sights. The fine warm climate and the pure sea coast have allowed it to become one of the centers of world tourism. The area of the island isn’t too big therefore at desire, having spent not enough time it is possible to get acquainted with history and culture of this state completely.

The capital of Cyprus about the 10th centuries and one of the oldest cities of the planet – Nicosia, bears for itself huge history. People lived in the territory of the city from a bronze age, but in those days he carried the name – Ledra. The central and most beautiful part of the capital – “Old Nicosia” has unusual radial planning and is surrounded with an impressive ring of bastions and gate of the Venetian wall. This ring, carried out the main protective function of the city earlier.

Certainly, Gate of Famagusta in which internal rooms constantly hold various exhibitions and musical performances are considered as the real masterpiece of national architecture. Absolutely near Gate, the oldest church of Cyprus in the Byzantine style – Hrisaliniotissa constructed in the middle of the 15th century is located. Today in the building of church there is an impressive collection of the Byzantine icons. In general the considerable part of the major sights of the capital is in limits of a protective ring.

Also in the central part of Nicosia there is one of the main sights of the capital – the Palace of the archbishop. In this building the main residence of the spiritual leader of Cyprus is located, and considering the fact that for residents of Cyprus, the church plays an important role, that this place is considered country heart. Before an entrance to the palace the majestic statue of the first president of the independent country and the archbishop Makarius III towers. Now in the palace the Byzantine museum and Gallery of arts in which works the most valuable Byzantine icons are collected. Here, nearby there are also other interesting places of Nicosia: Museum of Cyprus, Municipal park and many other things.

Travel to Cyprus. Larnaca – the city which was repeatedly mentioned in the Bible, but then it carried the name Kition. Now he takes the third place by the size on the island. In the 18th centuryLarnaca was important shopping center of Cyprus, and the large European states kept the representations here. Times when the income from trade won first place here for a long time have passed, and now the city lives mainly at the expense of the income from tourism as it is considered one of the best resorts in Cyprus.

In convenient and cozy harbor the yacht-club, most known and best in the country, popular not only on the island, but also around the world lies. The best place for walks in Larnaca is Palmovaya Embankment, but not only she is famous for it, in her southern part there is a Larnaksky fortress constructed in 1625, and also unique historical monument to the Greek commander Kimon who has died in 449 BC during protection of Cyprus against attack of Persians is unique he first of all the fact that it is difficult to find a monument to so ancient commander in the world.

The city and the museums, the most known of which – Piyeridis, is known. The museum is located in one of country houses of the 19th century, such country houses here remained very little. In the museum the most interesting exhibits telling about history of Cyprus are presented is clothes, ceramics, glass products, furniture and many other things. In the same building also the gift shop in which it is possible to buy something interesting works.
One of the most popular cities among tourists – Pathos. The city is in the southwest of the island, and on giving in his vicinities from sea foam the famous Greek goddess of love – Aphrodite has appeared. At the time of the Roman Empire Pathos was the capital of Cyprus. One of the main places of the city – Port fortress. Construction of this construction has begun at Alexander of Macedon, however the set, time destroyed it, and it was reconstructed anew. Fortification constructions have till today remained. The lower tiers were used as prison, and top as the thought-over defensive system.

In the western part of Pathos in rocks grandiose tombs are cut down. Here since 3 centuries BC buried outstanding persons of Cyprus. Though places of burials have been plundered in antiquity, the architecture of this place will blow the mind of any person. Pathos is known among tourists not only the historical sights, but also the excellent beaches extending on many kilometers along the sea coast. Considering the beaches belonging to hotels, the total length of beaches of Pathos makes more than 80 km.

Travel to Cyprus
Travel to Cyprus! Cyprus long time served as the center of the Mediterranean trade, and in the Middle Ages this place was crossing of many maritime routes.
Countries of the world
Written by: John K