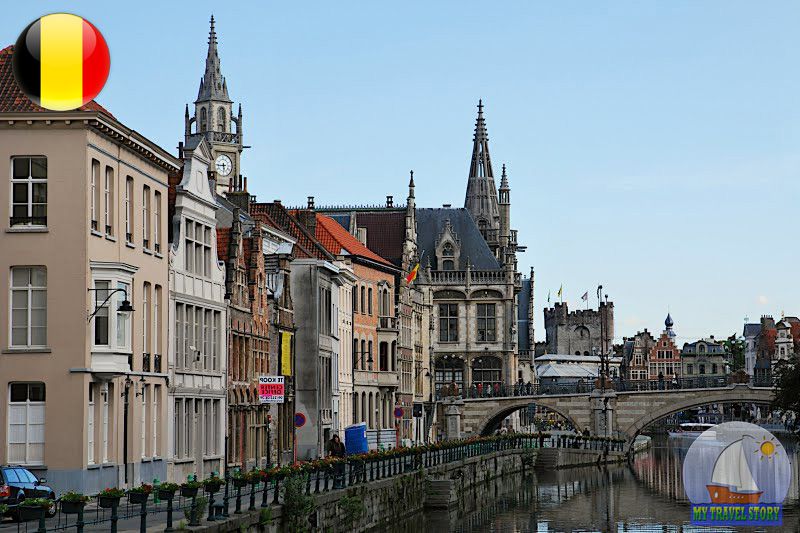 Travel in Belgium! Belgium is a small, but fascinating European country in which measured and relaxing holiday is organically combined with vigorous and informative excursions.

The cozy, small country of Belgium is located in Western Europe, on east coast of the North Sea. In the north borders on the Netherlands, in the east – on Luxembourg and Germany, in the South and the southwest – on France. In the northwest it is washed by the North Sea. At many travelers Belgium is associated with the a seething vat of freshly brewed beer foam, with a fragrant hot chocolate, with oil paints and magnificent bourgeois. And all this is in the territory of the country which by right can be proud of the great history, works of art, ethnic cuisine and architecture. The Kingdom of Belgium – an ideal route of travel for tourists. In Belgium you forgets about everyday vanity and stresses, troubles, problems.

The capital of Belgium Brussels is the center of crossing of financial and political interests, and also the capital of the European Union. Belgium can safely be carried to number of the most developed and urbanized European countries. At the same time in the country century customs and traditions have still remained. The similar combination of the modern developed civilization and antiquity just also attracts a great number of tourists from around the world.

All territory of Belgium is subdivided into three main sectors. This central plateau, flat district and sublime areas. Each sector has the distinctive features. If in lowlands there are sandy dunes, then on the central plateau mainly clay plains, and on a height – the dense woods were located that causes small population density in this district.

It is possible to tell with confidence that those who have arrived to Belgium for the first time remain in the complete delight from abundance of various sights in this country.

Sights of Belgium aren’t presented by either majestic pyramids, or sandy beaches, however tourists of the whole world gather in this country to feel an attractive charm and to feel special internal beauty of these places. The set of historical constructions and monuments is scattered across all territory of Belgium: the cities of Brussels, Antwerp, Ghent, Bruges, Lear – store memory of medieval Flanders which was reflected in a large number of fortresses and cathedrals.

The country consists of two parts – the southern Wallonia and northern Flanders with prevailing French and Dutch languages respectively. At various times this territory many conquerors, Spanish, German ruled, French and English – it couldn’t but leave the mark on the history reflected in interesting places and sights of Belgium.

Most of tourists first of all go to look at the well-known “pissing boy” in Brussels, visit the royal museum of arts and a magnificent cathedral of the Mother of God in Antwerp, a tower Belfert to Bruges and other most beautiful places which have got world popularity.

Behind tremendous impressions and surprising historical knowledge it is possible to go to the most ancient city of Belgium Tongeren. This cozy ancient town is interesting in itself, but in it also a large number of the well-known architectural and historical monuments is concentrated. What one basilica of the Tongerensky Mother of God which has been built in the 13th century is necessary.

Not the smaller attention is deserved also by the Belgian city museum of Liege. Here the main church life of the country concentrates. The most popular church of the town is the Saint Barth?lemy church constructed at 11-12 centuries. It is possible to look at Liege and its historical monuments, having made walk down the river.

Visiting the second-large city of Belgium Antwerp, besides an above-mentioned cathedral of the Mother of God by all means it is worth seeing Rubens’s house museum. It is worth going also to park Middelkheym with his tremendous museum under the open sky. The Antwerp zoo which is considered as the oldest zoo of the country will become excellent adult entertainment and children.

In general sights and interesting places of Belgium can be described indefinitely. The well-known locks of this country which are excellent examples of Gothic architecture attract a huge number of visitors that is quite deserved. It is also possible to find many the most interesting museums which won’t leave indifferent any tourist who is interested in historical and cultural heritage of the country in Belgium.

All who I was in Belgium note the friendly and friendly attitude of aboriginals towards visitors to tourists. The royal museum of Antwerp, narrow ancient small streets Bruges or Ghent, the well-known Belgian chocolate and candies, exquisite flanders’slaces are only a small part of with what Belgium annually attracts thousands of travelers who having once visited this country, come back there again and again.

Travel in Belgium
Travel in Belgium! Belgium is a small, but fascinating European country in which measured and relaxing holiday is organically combined with vigorous and informative excursions.
Countries of the world
Written by: John K

The interesting facts about Belgium