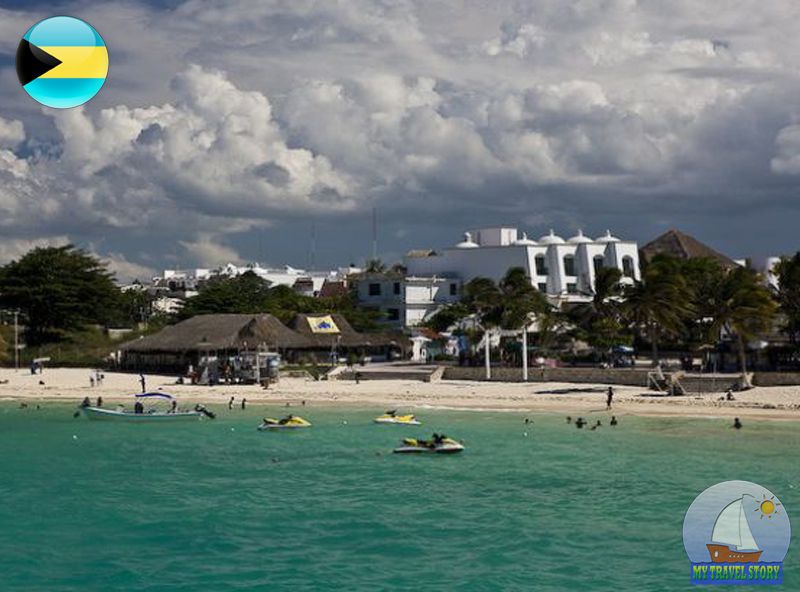 Countries of the world
Author John K Reading 5 min Views 3 Published by May 15, 2016

Thanks to soft climate, the magnificent tropical nature, relative isolation of the Bahamas and their natural beauty it is always full of tourists here at all seasons of the year.

The capital of the Bahamas is Nassau. Nassau is on the island of New Providence. At first New Providence was usual, not remarkable island, however today on this island more than a half of whole population of the country lives. Nassau was founded by the English immigrants; they have given the city the name – Charlztaun, in honor of the king of England Charles II. Charles II has presented these lands to the English immigrants. Later the town has been renamed into Nassau, and this name was assigned to him up to now. The town is obliged by the name Nassau to those English immigrants who have renamed the city in honor of the king Wilhelm III who is the representative of the Orange-Nassau dynasty. Besides, in the past the island had notes of pirate daring and adventurism. Nassau was the command post of the famous pirate the Black Beard. Here also there is the famous inventor of a piracy flag – Rackham.

The modern Bahamas don’t pose threat for peace citizens any more, here is quiet and peaceful. Today the Bahamas became the favourite vacation spot of Canadians and Americans. Thanks to stable good weather, and also the sea and the sun, on the Bahamas it is possible to have a rest at all seasons of the year. The Cable-Beach is well-known by its all famous hotels which exactly here are located. The beach has received the name in honor of the first telegraph which has been laid on the Bahamas. The island Paradise is well-known by its location near New Providence and is connected to him two bridges.

The Bahamas are well-known for the coconut palm trees, lagoons, coral reeves and sandy beaches. Climate of the Bahamas is tropical and soft. The West of the Bahamas is washed by Gulf Stream, and in the southeast always blows warm equatorial wind. During the year the air temperature doesn’t get lower than 26 degrees. There are no rainy seasons on the island. However there are tropical hurricanes which are characteristic of all Caribbean region.

The most important and most visited island of the Bahamas is New Providence. However most of tourists call this island of Nassau because here is located the capital of the Bahamas with the same name. On the island there is the best beach – Cable-Beach. In addition the huge number of shops, casinos, restaurants and bars here is also located. Nassau is the largest world offshore center. In the territory of Nassau are placed more than 400 banks and trust funds.

The island Paradise is well-known for its bridges by which it is connected to New Providence. The island is rather popular with tourists. There are attractions of underwater walks, modern comfortable hotels, smart casinos and excellent resorts.

The main place where the main city sights are located, is the Area of Parliament which has been constructed in the 19th century. Here is a building of the Supreme Court, the building of Colonial administration, Parliament and the Queen Victoria’s statue.

Tourists also should visit the small towns located on the western coast. In these towns there lived pirates, and also secret manufacturers of rum. Also Charlotte’s Fort which has been constructed in 1788 is worthy attention. The coral island, the reserve Rand Memorial, Garden Groves, underwater caves – all these the main sights of the Bahamas which surely should be visited to every tourist.

The Atlantis complex is the biggest aquarium located under the open sky. Here it is possible to see the transparent underwater tunnel, copies of Mayan pyramids with water hills, and also a labyrinth which imitates ruins of Atlantis. It is possible to go shopping in the afternoon, and to visit a casino, bars or restaurants in the evening. On Bimini’s islands, Berry and Andros can be an excellent fishing, and the best diving is on Eleuthera islands and the Abakos. It is possible to feed sharks and to swim for a while with dolphins on the island of Inagua. For game to golf it is possible to go to the island the Grand Bahama.

It is the beautiful island for wonderful rest!

Travel to Bahamas
Travel to Bahamas. The name the Bahamas is associated with a fringe of palm trees, heat of sand, turquoise of lagoons and a roar of waves. The Bahamas are in West Indies. Hundreds of small and thirty big islands are a part of the Bahamas.
Countries of the world
Written by: John K