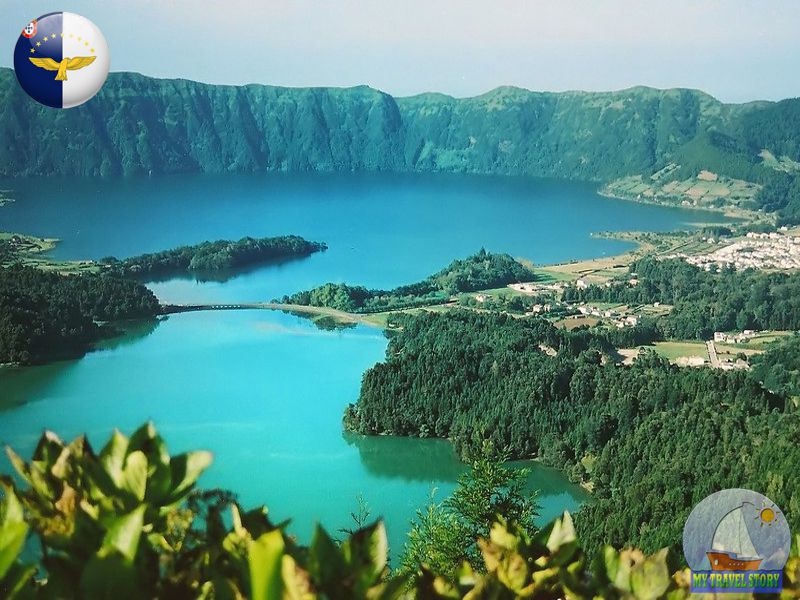 Countries of the world
Author John K Reading 4 min Views 3 Published by May 13, 2016

Silence, rest and set of flowers on fields, in houses and country houses. Magic of blue-green lagoons. Measured rate of life where time fades, and every minute to become invaluable. The valuable objects of art of islands reminding of centuries-old history. But the real luxury of these paradise places, is, of course, the nature. The possibility of new opening and researches of the unique worlds forces to come back to each of nine islands Azoresagain and again.

There is no developed tourist infrastructure on Azores. Therefore, most of guests of the archipelago — the experienced tourists who were in time to visit a half world and made a conscious choice for silence and tranquility. On the Azores it is possible to combine beach rest, ecotourism and active recreation (diving, a snorkeling, fishing and other).

The Azores are quite popular among fans of diving thanks to unique volcanic landscapes and various fauna. On Azores many types of sea inhabitants, such as fish parrot, a gray electric slope, a gray grouper, a barracuda, an octopus, fish needle, big lobsters are presented. The organization special short (of one day) rounds for supervision over rare sea inhabitants is possible.

On Pico Island there is a village of Punta Topo which neighboring waters within 20 years were natural park. During this time diving and fishing therefore reeves with their inhabitants have well remained have been forbidden here. On the Azores it is possible to take part in immersions which allow to observe whales in the open ocean.

The biggest island of the archipelago – San Miguel. The main natural sight of the island – a crater SeteSidades near whom there are several picturesque lakes. From architectural monuments it is worth looking at St. Sebastian’s church treasury St. Peter, palaces FonteBela and Santa Ana, Conceicao and Santa Catarina, House Museum Carlos Bykudu and Town Hall.

The capital of an island the Santa Maria, Vila du Porto, – the most ancient settlement on Azores.

On Pico Island, there is the highest point of Portugal, a volcano to Pico (2351 m).
On Graciosa worth visiting the Sulfuric cave (Furna do Enxofre) with the underground lake, baroque church to Guadalupe, windmills in Luz and Praia. The capital of the island is Santa Cruz da Graciosa. Here are preserved the beautiful cathedral, the church of Santo Cristo, and many mansions.

One of the main sights of the island of Terceira – a cave of Algar do Carvao. It is the lava tube 100 m long formed after the volcanic eruption, which has occurred 2000 years ago. There are a lot of stalactites and stalagmites from the quartz dissolved in a lava, the underground lake. Near the cave there is a sulfuric source.

The capital of Terceira – Angra do Heroísmo declared a world heritage. In the historical center of the city are the forts of San Sebastiao and of Sao Joao Batista, Betancourt palaces in the Baroque style and Kapitaish-Zheneraish, Cathedral with the altar, decorated with silver and treasury, church Colegio-dos-Zhezuitash and Sao Goncalo.

The island Flores, the most distant from the continent, is interesting by the mansions and churches in Baroque style, and also the Ribeira Grande falls and seven lakes which were located in picturesque craters of extinct volcanoes.

Travel to Azores
Travel to Azores! Azores is a network of the islands covered with dense tropical greens stretched on open spaces of the Atlantic Ocean. Azoresare divided into 3 groups: the eastern (the island of Sao Miguel, Santa Maria and the islands under the name Formigash)
Countries of the world
Written by: John K

Resorts in the Azores