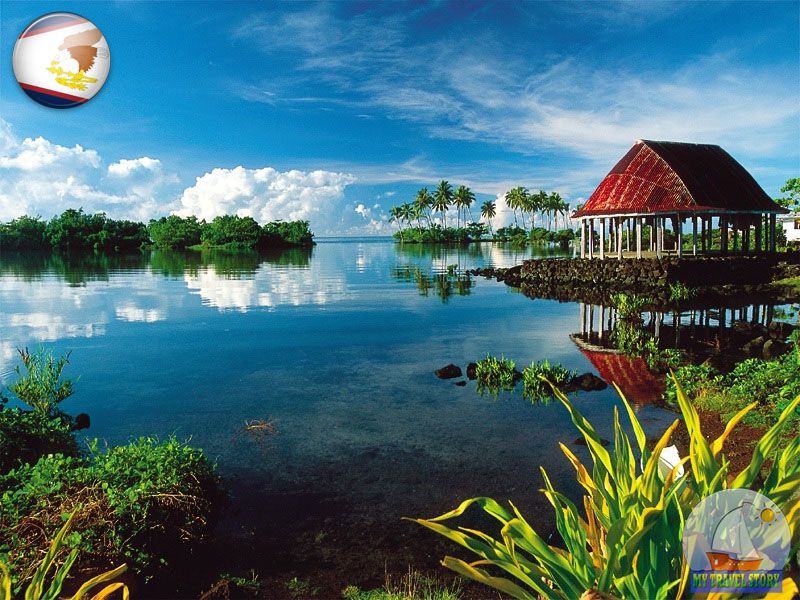 Countries of the world
Author John K Reading 6 min Views 5 Published by May 6, 2016

An excellent way to investigate islands – the boat or a canoe, and in certain cases it is simple also the only way to get access to desert islands and atolls. Other rather popular way of travel on islands – the bicycle. There is a huge number of the first-class coast which are good also for swimming, and are considered as the most perfect for a snorkeling and other underwater sports. Attitude of locals towards tourists very friendly.

The island of Tutuila – the main island of American Samoa. Stretched from south-west to north-east almost 31 km, it is formed by slopes and ridges of the whole group of ancient volcanoes, the highest of which is considered long extinct Matafao (654 m), the most beautiful – Pioa (Reynmeyker, 523 m), and the most ancient – Alava (491 m, his destroyed caldera forms the extensive bay Pago Pago). The low ridges which are running up in all directions have rather steep slopes which have plentifully overgrown tropical vegetation, abound with gorges and form a set of bays and gulfs along all perimeter of the island.

The town of Pago Pago (locals say this name as Pango-Pango) – one of the most picturesque capitals of the world and one of the best natural deep-water harbors in the southern part of the Pacific Ocean. Pago Pago actually is the collective name of several villages stretched on the coast of the harbor of the same name therefore, it is accepted to call this word both the gulf, and the capital, and all this area. The extensive and excellently protected harbor of Pago Pago glorified by Somerset Maugham and events of World War II remains the main sight of the capital.

The historical city of whalers Leone is surrounded with several ancient archaeological sites including stone pits in hills over the city (the stone which is cut down here went for production of various cutting tools) and several funeral places of Polynesian tribes. And in the city deserve attention the traditional Polynesian house of meetings (“fale”) and small, but very picturesque city cathedral.

Bay Fagatele located in the most southern point of Tutuila represents the underwater volcanic crater surrounded with abrupt rocks and now has the status of the National sea wildlife reserve. Here beautiful places for immersion with a tube or an aqualung, nearly 200 kinds of corals. Tropical fishes in these waters are also extremely various.

Further to east the coastal road passes in direct visibility of a nice islandAunuu, on which are located “the most Polynesian village of Samoa” – Aunuu, the unusual marshy lake Pale and the lake Red Layk, which is a crater of an extinct volcano. Tiny and silent Aunuu – enough readily available alternative to chaos of Pago Pago. And in the eastern part of the island located a sleepy village of Tula with a good sandy beach, coloring him gives a snow-white strip of sand, framed by almost gray “frame” of volcanic rocks lying a little further out to sea.

Ofu’s twin islands and Olosega are created by two destroyed volcanoes, than and their characteristic appearance speaks. Steep slopes and rocks up to 600 meters high form the southern and northern coast of these islands which hollow go down to the narrow passage Asaga separating them from each other. These islands are poorly inhabited – lives in each of 5 of their villages only on several hundreds of people. The only point of an attraction to Ofa, except for, of course, his surprising landscape, is the National park of Ofu (part of National park of American Samoa) including the beautiful sandy beach more than 5 km long and adjoining to him the coral reef which is considered as one of the best places for a snorkeling in the region (however, all equipment for immersions should be carried with itself).

Tau’s island – the greatest and the most western of the Manua Islands, lies in the East of the Samoan archipelago, in 10 km to the southeast from Ofu-Olosega and in 110 km to the east of Tutuila. It is the second-large island of American Samoa and the fourth in size in the Samoan archipelago. The main natural sight of Tau – the site of National park of American Samoa occupying all his southeast part (nearly 50% of his territory). Here it is possible to see the relic rainforests, an excellent colony of birds and incredibly beautiful coastal rocks towering more than on 800 meters above sea level and inhabited by thousands of birds. The volcanic crater of Dzhudds attracting tourists with a six-hour foot walk is also interesting. In the near future the administration of national park plans a constant track to a crater that will make excursion easier, but considerably will reduce quantity of adventures behind which tourists also aspire to this unique place.