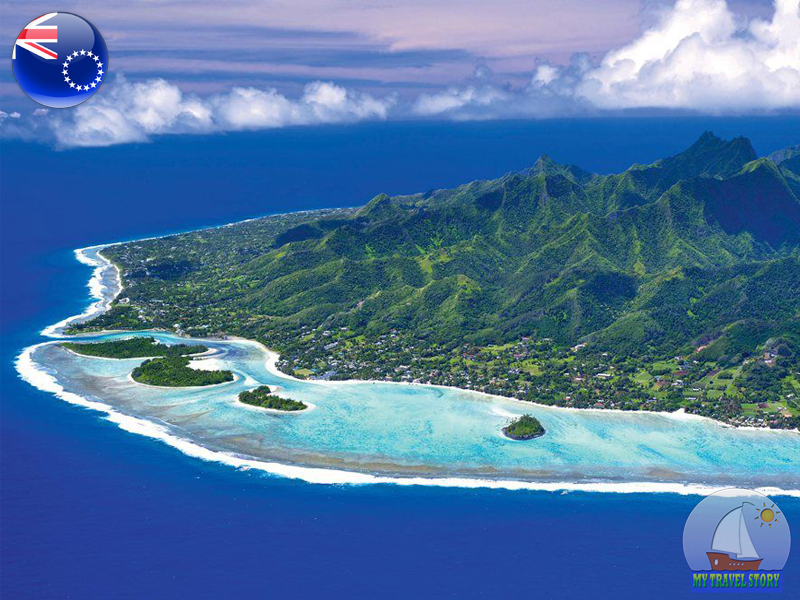 Travel to Cook Islands! The Cook Islands are the long chain of 15 islands in the Pacific Ocean making Cook’s archipelago lies in the heart of ‘A Polynesian triangle’.

The Cook Islands are almost not spoiled by mass tourism therefore here it is possible to enjoy identity of Polynesian culture which in combination with the untouched nature makes unforgettable impression.

Magnificent reeves and extensive atolls, fine sea fishing, coast from white sand and the low volcanic mountains of the southern group covered with magnificent greens, slow rate of life of islanders and friendly people – here the main sights of the Cook Islands. Islands have excellent conditions for pedestrian tourism, scuba diving, speleology and tracking, and also are the beautiful region of swimming on yachts.

The Cook Islands are subdivided into two groups: Northern and Southern. Rarotonga (as a part of the southern group) is the most densely populated island, and also having the largest area. On the northern coast of the island there is a capital of the Cook Islands — “the city of two harbors” of Avarua.

Thanks to the volcanic education the group of the Southern islands has inherited the mountain district, various flora and extensive cave system.

The main thing a plant, typical for Polynesian islands, is the coconut palm tree. Except palm trees known for everything hibiscuses, kazuriana, mimosas, bugenville and a pandanus grow here.

On islands the house was found by cats, dogs, pigs, rodents and Crustacea. And over islands you can see tens of species of the most rare birds! Among them ― millerbirds, frigates and phaetons, olush and morwennols. Besides, in this list there are birds living only on Rarotonga.

On the Cook Islands will offer you a set of various excursions thanks to which you will be able closer to get acquainted with culture of Polynesians, to walk on rainforests and to admire unique beauty lagoons.

As most of tourists have a rest in Avarua, excursions in the capital of the archipelago start. First of all show to travelers Seven & One Coconut Tree — group of seven palm trees forming ideally equal circle. According to a legend, gods have planted a coco seed on pleasure to people, and has grown from him the whole seven palm trees.

It is possible to refer only Christian church constructed v1853 to year to architectural sights of Avarua. Around church — an ancient cemetery which can safely be considered as sight. It is possible to get acquainted with history and culture of the island in the society of Libraries and the Museums.

Outside the capital on Rarotonga it is possible to go to falls Uinggmor that on the southern coast. From there the road conducts directly to the mountain of Rwa Manga at which top (415 meters) there is an observation deck.
On the western coast of Rarotonga there is a village Arorangi built by missionaries where traditional constructions of islanders have remained. The main sight of the cultural village is the Christian church of the Cook Islands constructed in 1849. Arorangcan be considered as the ethnographic museum of the Cook Islands.

Travel to Cook Islands. On the picturesque low-populated island of Atiu it is possible not only to enjoy landscapes, air, bathing in the ocean, but also to learn a lot of interesting. There is the real factory of coffee where it is possible to observe process of production of local coffee from collecting before packing. It is possible to get acquainted with one of local crafts in Studio of Art of Fibre where do of vegetable fibers covers, mats, tapestries and even handbags.

Admirers of ecotourism and scuba diving surely visit Atholl Suvorov. In the middle of the XX century on the island the treasure — a chest with the astronomical sum of gold coins has been found. The commander of expedition perepryatat a treasure, and more him nobody could find.